Warhammer 40,000 fans might be pleased to learn that the Games Workshop has this week announced a new Warhammer 40,000 MMO is currently in development and will be launching on the PC, PlayStation 4 and Xbox One.

The new Warhammer 40,000: Eternal Crusade MMO game is due to launch late in 2015 and is currently being created by Behaviour Interactive who used to be also know as Artificial Mind and Movement. 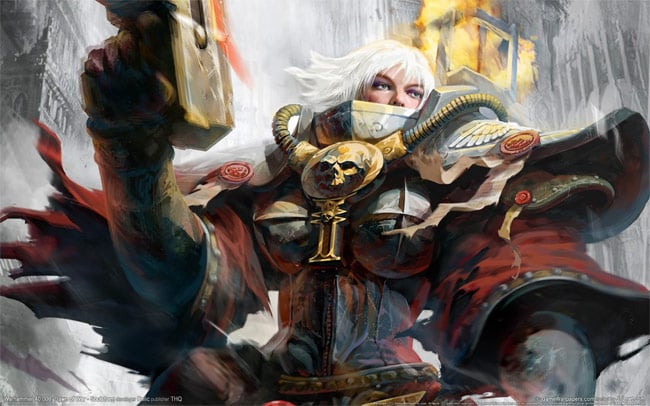 The Warhammer 40,000: Eternal Crusade game is expected to be a third-person action oritented MMO, that will contain a persistent ongoing war, and allowing you to choose between playing as a Space Marine, Chaos Space Marine, Ork or Eldar. Miguel Caron, Head of Studio, Online at Behaviour Interactive.

“I am thrilled to announce what will finally be the first MMORPG based on the Warhammer 40,000 license,”-“Eternal Crusade’s team are all MMO development veterans and with the support of Behaviour’s 20+ years of experience this is going to be the online Warhammer 40,000 universe game that fans have been dreaming of for years!”

“Warhammer 40,000: Eternal Crusade is the second milestone in Behaviours new online strategic positioning after last year’s Star Citizen Announcement.” said Rémi Racine, President and Executive Producer of Behaviour. “We are very happy with the progress of the online studio and you should expect more similar announcements to come.”

For more information on the new Warhammer 40,000: Eternal Crusade game jump over to the press release website for details.