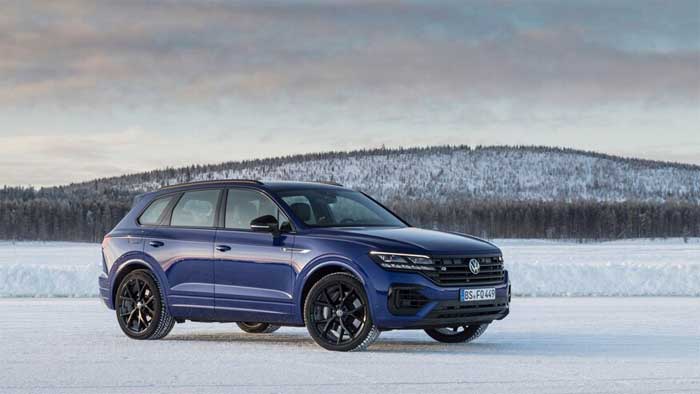 VW has unveiled an SUV that performance fans might find appealing. The vehicle is called the Touareg R plug-in hybrid, and it has 465 hp. The car isn’t offered in the States since its discontinuation back in 2017 due to low sales volume.

The transmission is an 8-speed unit that sends power to all four wheels. The total system output is 456 hp, with an estimated sprint to 60 mph taking 5.2 seconds. For now, VW is mum on the electric range of the SUV. The similar Bentayga Hybrid from Bentley has a scant 16 miles of electric range.