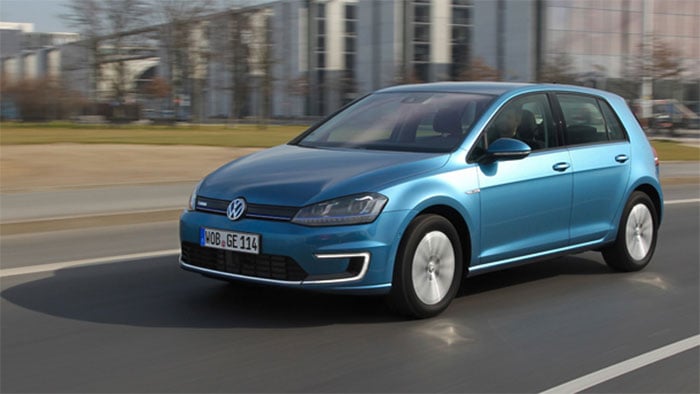 This fall a refreshed version of the VW e-Golf electric car will land for customers. When that face lifted e-Golf lands, it will also bring with it a larger battery that promises 35.8 kWh of power inside. That is a major increase from the 24.4 kWh battery currently inside the car. The additional 11.6 kWh of juice means that the car will be able to drive significantly further with each charge.

The battery upgrade also means that the e-Golf will have a larger battery than the competing BMW i3 offers. VW is simply discontinuing the older, smaller battery rather than offering an upgraded and more expensive car with the larger battery pack alongside a cheaper version. The new battery pack is expected to push the driving range to 200km in real world conditions, with NEDC ratings around 300km.

The face lifted e-Golf also gets more powerful electric motors to the tune of 120 kW compared to the 100 kW motors offered before. One thing the revised e-Golf reportedly doesn’t get is a faster on-board charger sticking to the 3.6kW charger it has currently, competitors have much higher capacity on-board chargers making charging faster. Nissan’s Leaf, a direct competitor, has a 6.6 kW onboard charger that can charge the battery with an appropriate charge infrastructure in 5.5 hours.