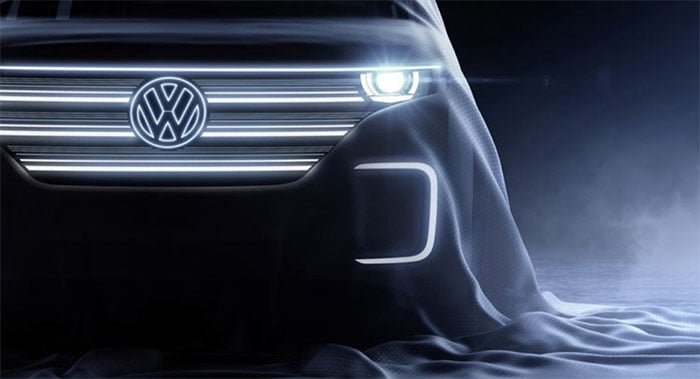 I’ve always had a bit of a thing for the sweet VW camper vans and Microbuses that VW sells in Europe that we don’t get here in the States. A new concept car is set to be unveiled at CES 2016 by VW and rumors claim that the concept is a new version of the VW Microbus. We won’t know if that rumor is true for a week or so with CES kicking off early in January.

Until that official unveil happens, all we have to go on is a single teaser image and a teaser video. Neither shows much in the way of detail on the car. What we can tell is that the vehicle is a boxy looking van or crossover and not a car. CES has become the place many automakers show off their high-tech rides.

Rumors have long claimed that VW would launch a new version of the Microbus later this decade. It would be about time for a concept to show up with only four more years left in the decade. I think a new Microbus could do well for VW if it’s priced right and looks cool.