Vuzix has released details of their new VR video glasses, the Vuzix VR Wrap 920AV, which they intend to unveil at CES 2009. 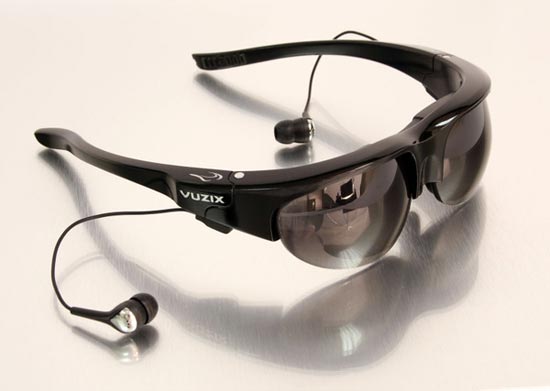 These new VR Glasses look much better than the current models available, have a look at the photo below which compares them to the current Vuzix iWear Video goggles.

They still look a bit geeky, but they are certainly better looking than the previous models.

The Vuzix VR Wrap 920AV will feature new technology which combines virtual reality with augmented reality, where an object or video will appear as if it is in space, which will give the appearance of interactivity.

These new video glasses will be able to connect to any PMP, there is no word on pricing or release as yet, full details will be available at CES 09.