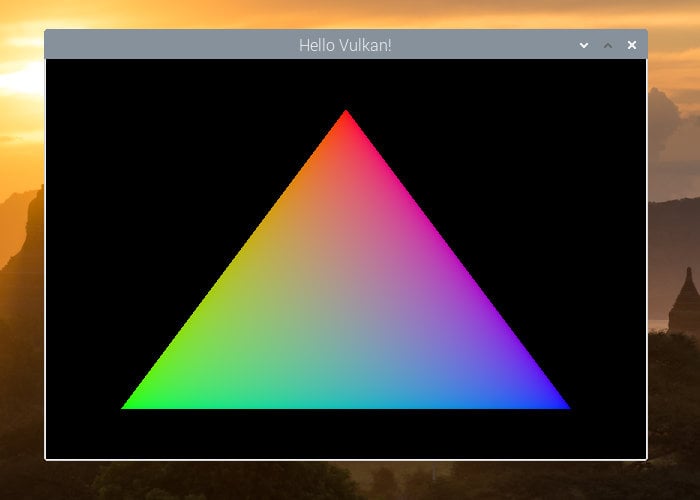 Following on from the recent news that the Raspberry Pi 4 mini PC is now OpenGL ES 3.1 conformant, the official Raspberry Pi Foundation has announced the imminent arrival of the open-source Vulkan driver. The hugely requested feature is now currently under development and will offer “new generation graphics and compute API that provides high-efficiency, cross-platform access to modern GPUs” explains Standards body Khronos. If you are interested in learning more about how you can add a graphics card and increase the power of your Pi mini PC, check out the currently supported Raspberry Pi GPU hardware.

“Vulkan is a new generation graphics and compute API used in a wide variety of devices from PCs and consoles to mobile phones and embedded platforms. The Vulkan 1.2 specification was launched on January 15th, 2020, and integrates 23 proven extensions into the core Vulkan API, bringing significant developer-requested access to new hardware functionality, improved application performance, and enhanced API usability. Below you will find everything you need to come up to speed on Vulkan and to forge ahead and explore whether Vulkan is right for your engine or application.”

“Vulkan 1.2 brings together nearly two dozen high-priority features developed over the past two years into one, unified core Vulkan standard, setting a cutting-edge bar for functionality in the industry’s only open GPU API for cross-platform 3D and compute acceleration. Khronos will continue delivering regular Vulkan ecosystem updates with this proven, developer-focused methodology to both meet the needs and expand the horizons of real-world applications.” – Tom Olson, Distinguished engineer at Arm, and Vulkan Working Group chair

Although the arrival of Vulkan on the Raspberry Pi has been announced the development team “don’t hold your breath” just yet as its rollout is still a little way off. As soon as more details are announced we will keep you up to speed as always.