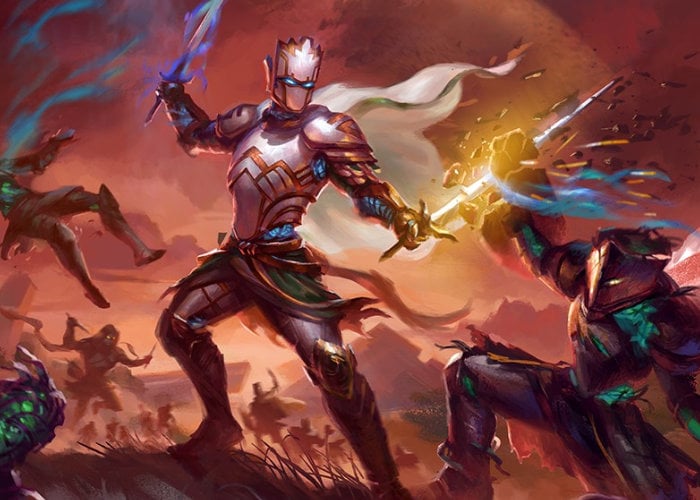 “Put your sword fighting skills to the test as you use both magic and melee to fight twisted enemies in an unforgiving environment. Battle, gather currency, and forge new weapons to grow stronger. Should you fall in combat, you will rise to return more powerful than before. From the team behind I Expect You To Die, this rogue-lite will force you to find and master your martial style using different weapon combinations for hours of dueling fun.”

Features you can expect to enjoy from the virtual reality sword fighting game when officially launches in its final version include the ability to :

– Arm yourself with two unique weapons and define your own fighting style
– Each run features randomized rewards, enemy configurations, and rooms – no two attempts are quite the same
– Customize your weapons within a run with over 30+ unique traits and augments
– Earn Aether each run to craft and upgrade your weapons permanently
– A variety of neon-tinged arenas where you can fight your enemies
– Driving Synthwave (Swordwave?) soundtrack to keep you fighting
– Customizable field of view vignetting to let you move comfortably in VR

For more details on the Steam Early Access and the game itself jump over to the official Steam game page.