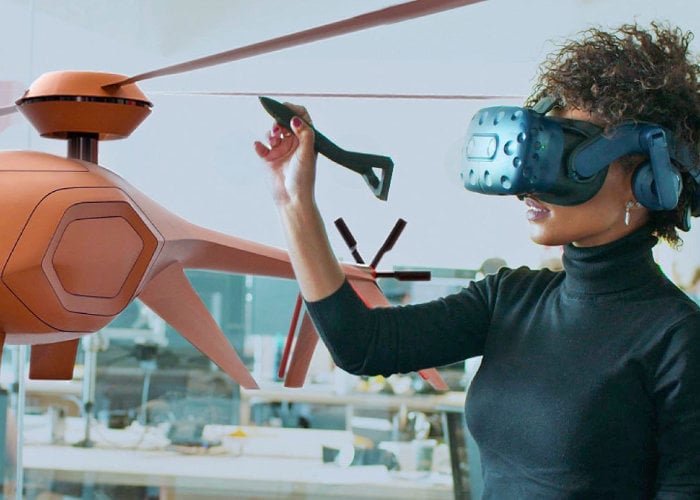 Virtual reality artists searching for a device that is capable of providing more accurate strokes within VR applications may be interested in a new virtual reality stylus unveiled by Logitech this week in the form of the Logitech VR Ink Pilot Edition. Designed for businesses and enterprise the VR stylus has been created to offer control and precision on two-dimensional surfaces and in three-dimensional room-scale space within VR environments.

Denis O’Keeffe, director of virtual reality programs at Logitech, said: “Today’s creative pioneers need new tools they already love, but adapted to a world of true 3D. Logitech VR Ink Pilot Edition is a first step in unleashing creativity in this 3D space, set to stimulate the VR ecosystem. It’s a stylus that works with precision in VR on 2D surfaces or in the air. We’re sharing it ahead of availability with enterprise pioneers and partners in the 3D world – such as HTC VIVE, Sector 5 Digital and Vector Suite – in order to perfect the experience and shape with them, and others, the future of creativity.”

“The right VR solution has the ability to change the design world as we know it,” said Jeff Meisner, chief executive officer of award-winning studio Sector 5 Digital. “We are leveraging the immersive properties of VR on HTC’s VIVE VR system to conceptualise, design, review and revise new urban mobility vehicles with clients like Bell. We have already cut the production cycle of a full-scale mockup aircraft down from several years to less than six months. The moment we started designing with Logitech VR Ink inside the Vector Suite application, we realised this tool not only speeds up our designers’ work in VR, but revolutionises the way we design.”

Logitech will have a limited number of VR Ink Pilot Edition styluses for sale and for use-case exploration with select partners. Although preorders will be available in the coming months. For a hands on review jump over to the Road To VR website.