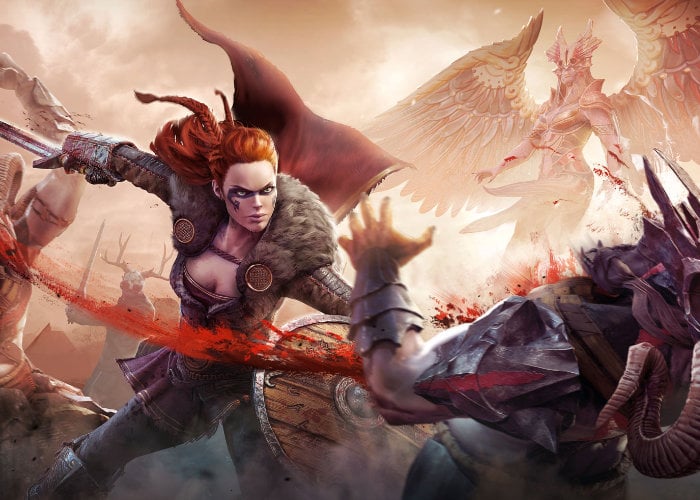 Oculus Studios has released a new gameplay video for their new upcoming VR RPG Asgard’s Wrath, providing a further look at what you can expect from the mechanics, storyline and characters. Within you Oculus VR RPG you battle as a mortal and rise as a god in a Norse-inspired action adventure with plenty of RPG elements to help you customise your character, skills and fighting style.

“It’s the twilight of the gods, with Asgard’s inhabitants consumed by bickering and selfish exploits. You, Fledgling God, are birthed in an explosion of light—a clash of primordial forces of nature. Your story begins in medias res with a dramatic, action-packed encounter with Loki. He takes great interest in your potential and offers to give you with befitting a true god. Before that can happen, Loki has several requests to test your worthiness. Each revolves around a standalone scenario, or Saga, wherein you must use your powers to help preordained Heroes of the Realms fulfill their destinies.”

“This is not just another physics simulator. There are some really cool physics sandbox melee projects in VR. We’re taking it a step further with Asgard’s Wrath, giving players a melee fighting system that leverages physics and is supported by game rules that demand—and reward—playing with skill. In this game, you can’t just swing wildly and be successful. That might work against some lesser enemies, but eventually you’re going to get your butt handed to you that way.

We’ve also incorporated some brutally satisfying dismemberment. One of my favorite things to do in-game is to use a shield to “catch” thrown enemy weapons like daggers, yank them out, and throw them right back. Another great moment is swinging your weapon to knock decapitated monster heads through the air. Physics, time dilation, dismemberment, ragdoll, and a ton of tuning and polish come together to complete the core foundation of our combat. Each of the mortal heroes has their own signature gear and unique gameplay mechanics. On top of that, we also have metagame loops that augment combat, such as crafting, disposable weapons, elemental traits, and other things yet to be revealed.”

To learn more about the new VR RPG from the team at Oculus Studios jump over to the previously posted article by following the link below. Asgard’s Wrath will be launching sometime in 2019 under soon as more trailers or information is released we will keep you up to speed as always.