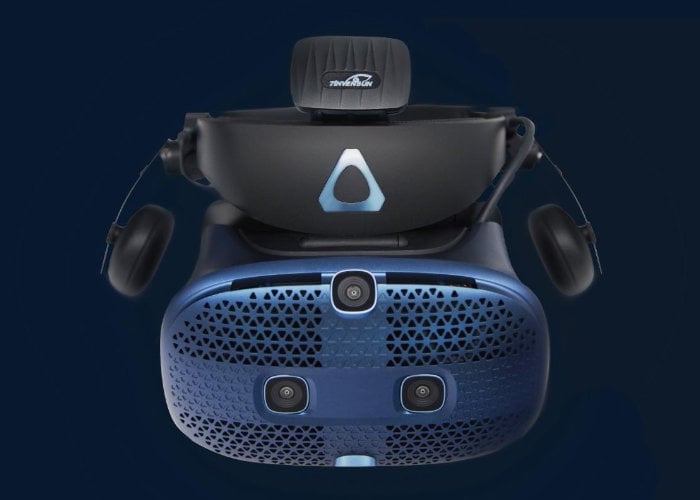 Hardware manufacturer HTC has today announced the launch of the new Droolon F1 eye tracking add-on created to be used with the company’s Vive Cosmos, Vive Focus, Vive Focus Plus, and Vive virtual reality headsets. The eye tracking technology has been designed by 7invensun and builds upon the company’s first system launched back in April 2017.

Eye tracking technology provides a number of useful features when using virtual reality hardware, detecting the users inter-pupillary distance to enable the optimal optical calibration. Allowing applications to show eye movements in social VR experiences, as well as increases in performance by only rendering in high definition the exact area where a user’s eye is directed.

HTC will start taking preorders during November 2019 and will start worldwide shipping one month later during December, although exactly which countries the eye tracking technology will be available in has not yet been confirmed by HTC. As soon as more information is made available we will keep you up to speed as always.

Congrats to #ViveX Company @7invensun for announcing their #VR #EyeTracking accessory for the @htcvive #ViveCosmos and #ViveFocusPlus! 👀👍 Eye Tracking will soon be a standard function for VR devices! pic.twitter.com/RIbfR3Scdb