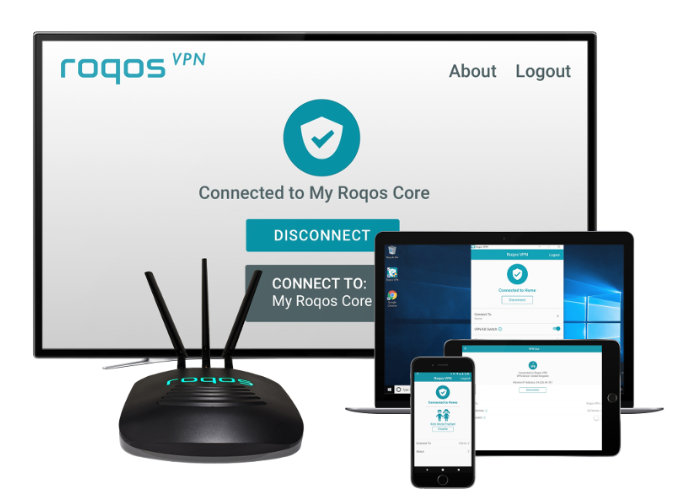 A new VPN router has launched via Kickstarter this month, offering an affordable and easy way to protect your business or home from Internet threats. Providing “enterprise grade” VPN thanks to the system is always on Internet and automatic updating system.

The development team behind the Roqos Core explain more about its features, functionality  and inspiration. “Today’s routers are simply not smart and powerful enough to protect your home or your company. Enter Roqos, Internet security company that provides cybersecurity, user controls, VPN, always-on-Internet with Roqos Core RC20 routers which are automatically updated for 24×7 protection.”

Early bird pledges are available from $395 offering a considerable saving off the recommended retail price of $695.

“Traditionally internet security has been an expensive problem which requires experienced cybersecurity exports. Roqos Core automatically examines every single packet coming from and going to the internet to make sure that they are clear of malware.

Features of the Roqos Core include :

Roqos Core not only makes enterprise grade internet protection affordable, but also easy to setup and maintain. Use your app or your browser to set up Roqos Core RC20 in minutes, and then leave the rest to Roqos which automatically updates software and alerts you when there is a suspicious activity.”

– INTRUSION PREVENTION SYSTEM (IPS): Widely used by enterprises to block malware, suspicious activities and ransomware in realtime.
– DEEP PACKET INSPECTION (DPI): Examine every single packet’s content to/from Internet for possible malware. (Encrypted packets’ addresses and signatures are examined)
– COUNTRY BLOCK: Stop Internet traffic to and from certain countries to protect yourself from their cyber attacks.
– AD BLOCK: Block advertisements in web pages or applications on your phones and laptops per user or for the whole house/company.
-PROTECTION OUTSIDE HOME: Protect your users even while they are away from home with Roqos VPN.
– SEGREGATE YOUR IoT DEVICES: Use 2nd WiFi network to segregate your IoT devices from rest of your critical devices.
– MANAGE MULTIPLE ROQOS CORES: Easily setup and control multiple Roqos Cores from a single login.