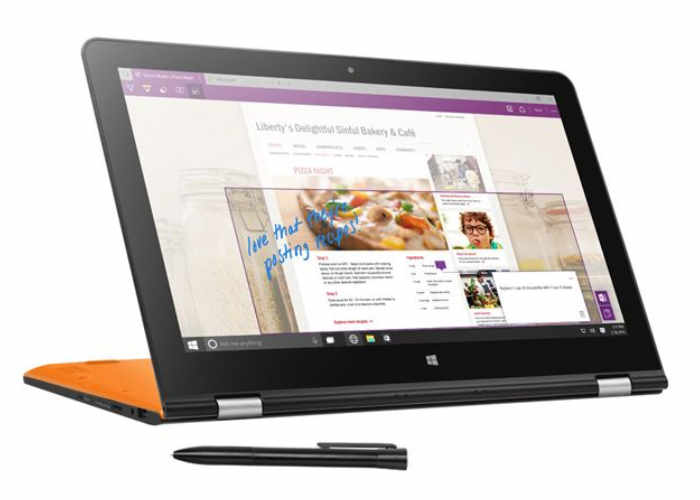 The new Voyo VBook V3 system is powered by an Intel Pentium N4200 quad-core processor supported by 4 GB of RAM and includes 32 GB of eMMC storage as well as a handy 128GB solid state drive for applications and media.

As you might have guessed from the image above the new convertible notebook ships with Microsoft’s latest Windows 10 software and features connectivity provided by both support for Bluetooth 4.0 and wireless 802.11b/g/n standards. The convertible notebook also come supplied with a digital stylus which provides 1024 levels of pressure sensitivity, enabling users to sketch and take notes with ease.

Other connections on the Voyo VBook V3 hybrid notebook include HDMI port, USB 3.0 and USB 2.0 ports as well as a handy microSD card slot and both front and rear two megapixel cameras.