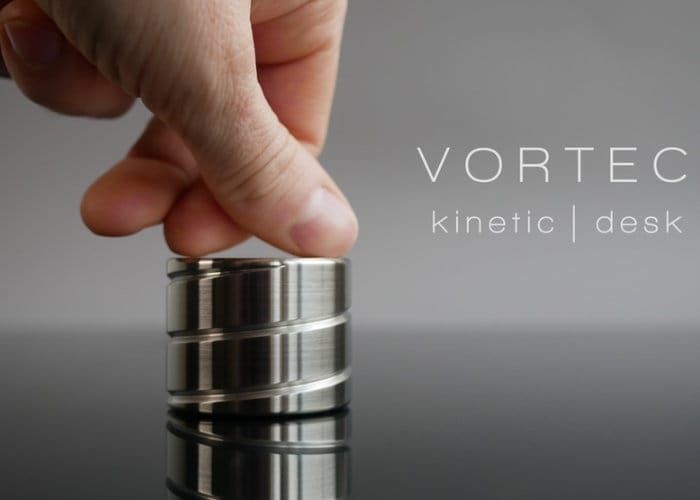 Vortecon is a new kinetic desktop toy that creates a mesmerising motion and “mind-bending optical illusion of continuously flowing helix” to help pass the time and allow you to focus your mind a little easier. Created by Kristoph Krisjans based in London, the Vortecon desktop toy has this week launched via Kickstarter and has already raised $40,000 thanks to over 900 backers.

The precisely machined desktop toy creates a mesmerising optical illusion when spun and provides a piece of “kinetic art that invites you to transform it from a still shape” into a hypnotic motion, says its designer. Vortecon is available in a number of different materials including solid stainless steel, brass or copper Depending on your preference. All of which are machined with a helix-shaped groove alongside the edge that continues as a symmetrical spiral on to the top plane. “Perfect for creators, makers, thinkers and anyone who wants to release their inner creativity and imagination. Keep focus, relieve stress or simply relax during working hours or brainstorming sessions.” 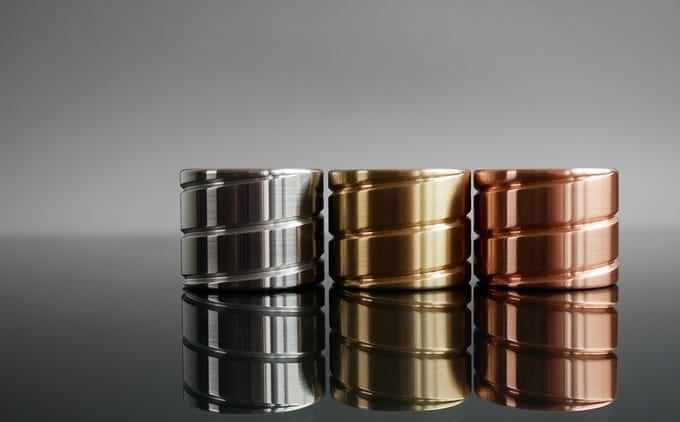 For more details and a list of all available pledges which start from £23 for early bird backers, with delivery expected to take place during June 2018, jump over to the official Kickstarter crowdfunding campaign by following the link below. Limited quantities are available of the early bird pledge so don’t delay if you are interested in owning one of the very first off the production line.