Vodafone has added another budget Android smartphone to their range with the launch of the Vodafone Smart, which is a pay as you go Android handset that will come with Android 2.2 Froyo.

The Vodafone Smart features a 2.8 inch capacitive touchscreen display, there is also a 2 megapixel camera, WiFi and 3G, plus Bluetooth, and according to the Vodafone announcement it will give you the ‘full Android experience”. 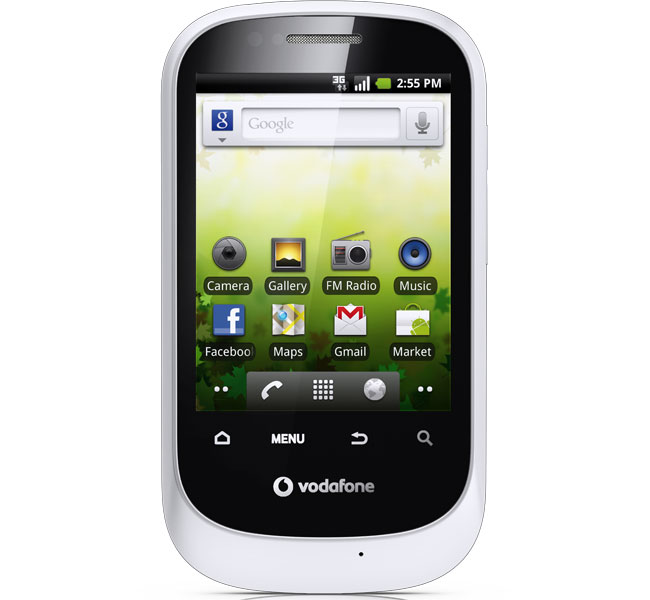 The Vodafone Smart will features the Android market, Gmail, Google Talk and Google Maps, and will also come with Facebook and Twitter applications pre-loaded.

It will be available in Europe this summer on a pay as you go basis and will retail for 90 Euros.