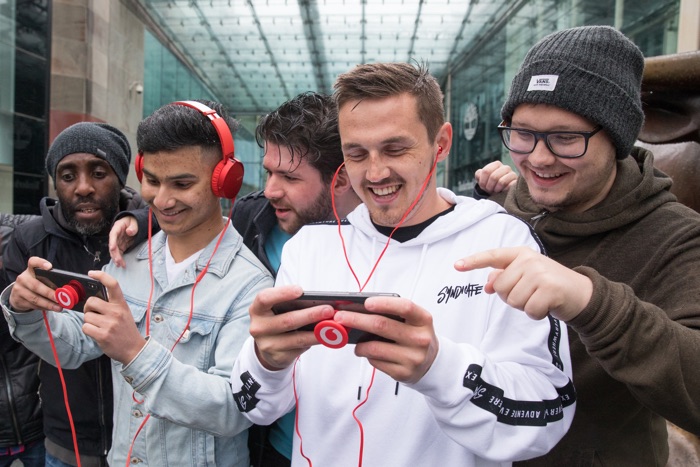 Vodafone has released a video showing off what gaming will be like on their 5G network, the company got gamer Syndicate to test out gaming on their new Network in Birmingham.

Vodafone used cloud based games from Hatch to test out its 5G network, have a look at the video below.

Vodafone demonstrated the power of its 5G network at the Bullring in Birmingham yesterday by inviting YouTube sensation, Tom Cassell (Syndicate), to test-run a number of cloud-based games from Hatch, the cloud gaming platform. The games were live streamed via Vodafone’s 5G network, allowing super quick response times and zero lag. Birmingham City University students, studying Games Development and Computer Science also put the new network to the test as they took on gaming pro, Syndicate.

When asked about 5G gaming on the go, YouTuber Tom Cassell said: “5G is completely changing the landscape when it comes to gaming on the go. The lower latency and the faster speeds available on 5G make it easier to play higher intensity online games such as Fortnite, as well as streaming games in real-time on Hatch.”

You can find out more information about the new Vodafone 5G network over at the company’s website at the link below.