As we mentioned on Saturday, the prices for the iPhone 4 in the UK would be announced today, UK mobile phone operator is first out the gate with the iPhone 4 UK prices, although the aren’t on the official Vodafone site as yet. 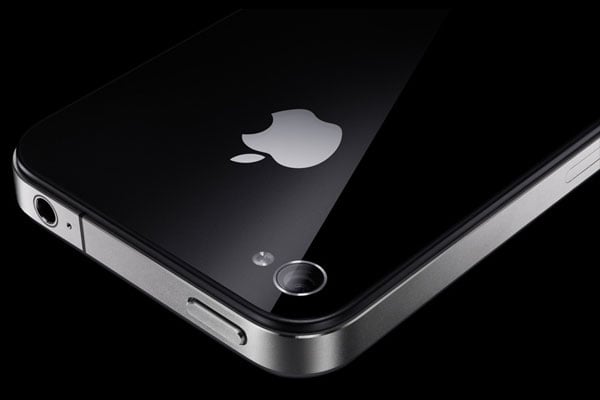 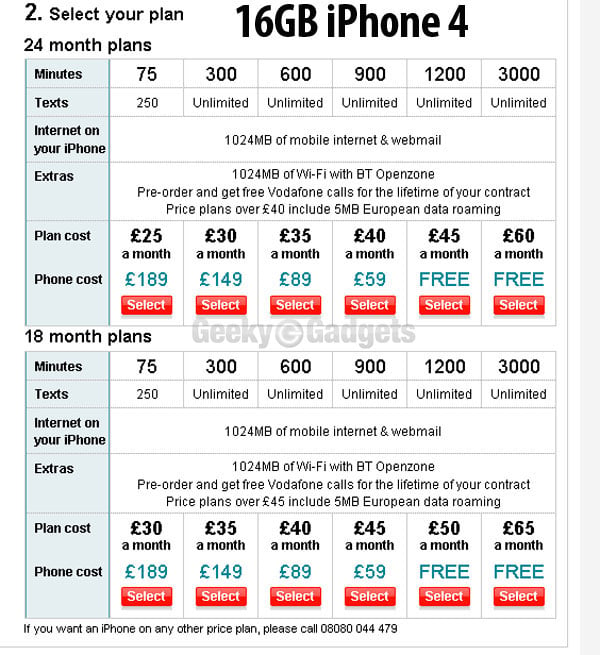 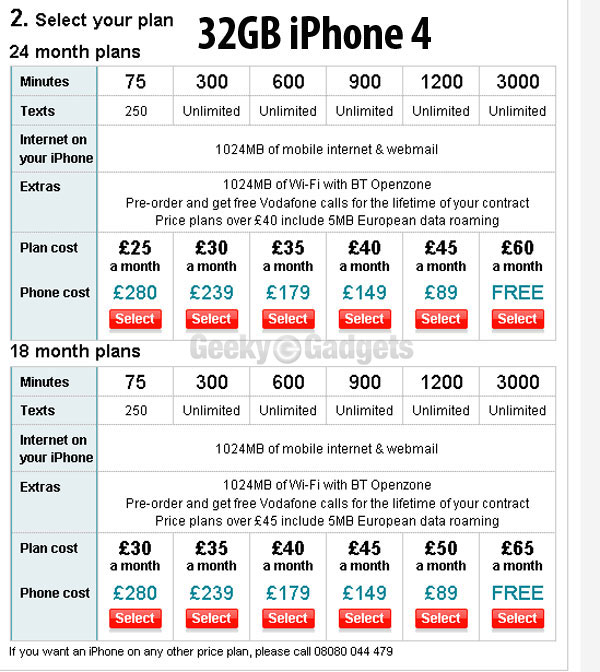 What is interesting is that on all plans there is a data cap of 1GB a month, which ties in what we had heard from Orange and O2 previously.

As soon as we get more information on the other networks we will let you guys know.

Update Vodafone has now taken down the pricing page from their test site and have said the following on one of their forums.

A couple of you have cleverly spotted a test page which went live on our website not long ago.

I want to stress that this is a test site, and so any information on there is not confirmed. With this in mind, We’ve removed a number of posts from the forum which contain information which could cause confusion.

I appreciate you’re all going to want to talk about this from now, but no pricing information has been confirmed and so we’ll have nothing to add to any questions raised.

We’ll announce pricing information as soon as we can. Until then, please head over to the register your interest page to ensure you get the latest information as and when it becomes available.

Looks like Apple won’t be too happy with them, as this information obviously wasn’t supposed to be released yet.