If you are a road warrior or spend more time being a digital nomad than desk based then the new all-in-one device created by Velocity Micro called the VMultra might be worth more investigation.

The VMultra was first unveiled by Velocity Micro back in CES at the beginning for the year, but its now ready for launch and will start shipping on November 12th 2012 for $200. 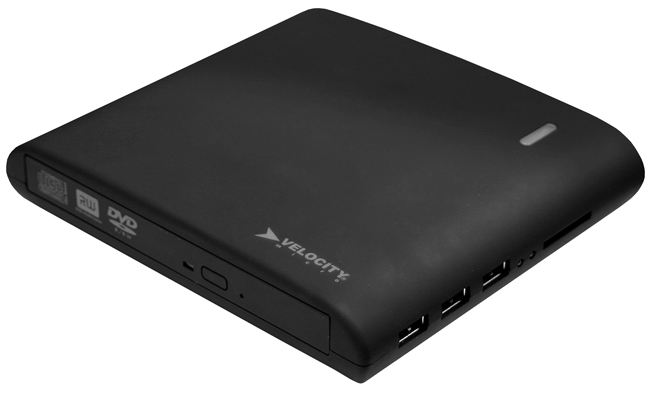 Velocity Micro VMultra has been designed to offer an all-in-one solution for mobile users combining a DVD RW, 500GB of storage, USB 3.0 hub with 3 ports and a handy SD card reader.

Velocity Micro have also announced this week the launch of a Holiday Edition $599 Vector PC that is equipped with a dual-core AMD A6-5400k processor, supported by 8GB of DDR3 RAM.

“Designed, built, and supported in the USA, the Vector Holiday Edition takes the boutique sensibilities that have made Velocity Micro a top choice amongst enthusiasts and makes them more affordable to mainstream users. The system is fully customizable with options that include quad core processors, up to 16GB 1600MHz RAM, solid state drives, and powerful discrete graphics.”