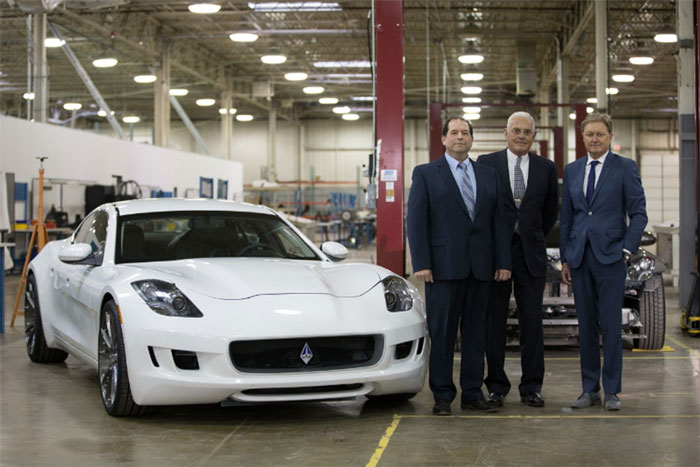 VLF Automotive has officially launched and is the latest luxury sports car maker in the US, you might recognize the design of the firm’s first car called the Destino. The car is the result of a partnership between Henrik Fisker, the designer of the Fisker Karma, Bob Lutz former GM vice chairman, and manufacturer Gilbert Villarreal.

The Destino promises an American built car that is tailor made for drivers with high quality production and performance. The Destino is a 4-door GT that uses a Corvette LS9 V8 engine under the hood. That engine makes 638hp and 604 lb-ft of torque and should push the Destino from naught to 60mph in 3.9 seconds.

The car weighs in at 4300 pounds, not a lightweight by any means and has a 2000mph top speed. Pricing for the Destino V8 will start at $229,000. While there is no word on other power plants, the purposeful inclusion of V8 in the name makes me wonder if they have other versions planned. VLF pans to have seven dealers around North America with international dealers opening this year. Production for the Destino will ramp up through the year.