I can see the desire to have a portable TV. People could use them for watching their favorite shows when at the office on break or to watch TV while on a trip in the car or sitting somewhere with nothing to do for a while. Vizio has a new portable TV that is now available called the VMB070.

The small TV has a 7-inch screen with Razor LED Edge Lit LED backlighting and a resolution of 800 x 480. The little set has a dynamic contrast ratio of 500:1 and 250 nits brightness. It’s not the brightest set in the world and may not have the best contrast, but it should be better than watching on your little mobile phone screen. The internal battery is good for 3.5 hours of watching per charge. 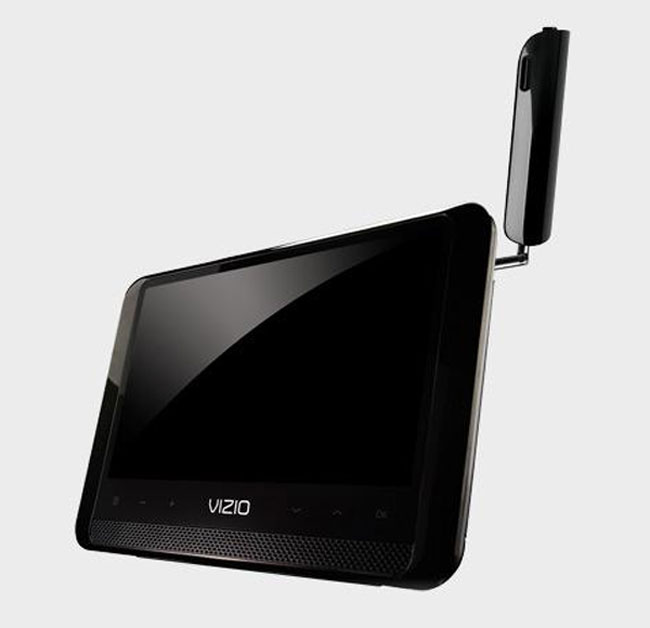 The TV also has a stowable antenna for its QAM/NTSC/ATSC tuner. The set can be used as a digital frame with a USB port for directly displaying JPEG images from a flash drive. Those wanting to listen in private can use the integrated headphone jack and the sound system is a pair of 1W stereo speakers. The TV comes with a remote control and can be purchased right now for $159.99.