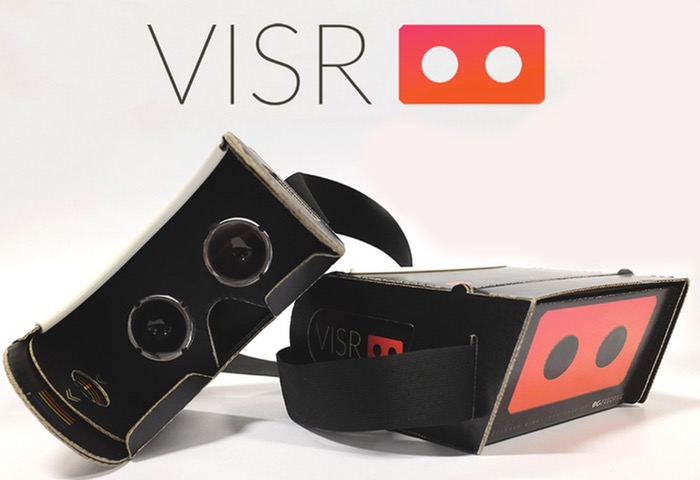 Anyone who would like to enjoy the new the new technology revolution that is virtual reality and would like to experience playing VR games but maybe can’t afford to purchase systems such as the Oculus Rift.

Maybe interested in the VISR smartphone virtual reality headset that has been designed by Louis Deane based in Hull within the UK. Watch the video below to learn more.

The VISR project is currently over on the Kickstarter crowd funding website looking to raise £25,000 in pledges to make the jump into manufacture and has been constructed using laminated corrugated board and a flat pack diecut design.

“VISR is a headset designed to make immersive virtual reality something that can be experienced by everyone. Our aim is to create the most affordable VR experience while not compromising on quality.

Unlike headsets based on the Google cardboard, VISR is made from low cost laminated corrugate with high durability that is powered by your smartphone. We think this is the best way to sink your teeth into VR without spending a fortune.

We have been developing games and apps for the VISR for the last few months and it is surprisingly easy. If you are a developer and you don’t fancy sitting on a 6 month waiting list as well as shelling out £200+ for a high end VR kit then VISR is the perfect way to get into the VR space.

Anything you develop for the VISR only needs to run on a smartphone so it’s as easy as creating a mobile app there will even be a pre-built Unity package released to allow developers to plug in and start playing. We are also super interested in everyone who is creating virtual reality applications, so we will publicise anything you make for free! Just get in contact with us.”

So if you think VISR is something you could benefit from, visit the Kickstarter website now to make a pledge and help VISR become a reality.