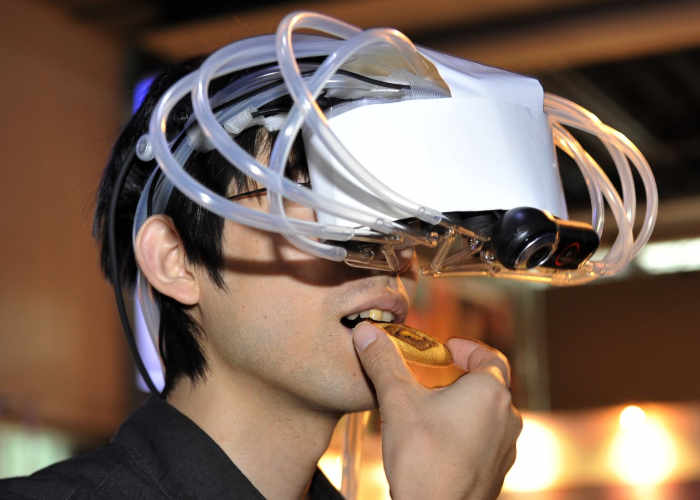 Earlier today Vive unveiled their new stand-alone Vive Focus virtual reality headset which can be used without the need to be tethered to a computer or smartphone and provides a high-powered wireless system to engage in virtual reality immersive experiences. However companies are already looking to push virtual reality even further and are developing virtual reality smell systems which will add to the digital experiences and allowing you to enjoy aromas at certain times during a virtual reality tour or game.

The thing about VR is its ability to allow the user to feel he/she ‘is there,’ a phenomenon we call ‘presence,’. We see greater influence of VR when users report higher levels of presence.

For more in-depth knowledge of the virtual reality smell systems currently being created jump over to Andrew Tarantola’s article on the Engadget website where he takes a longer look at the systems currently under development.