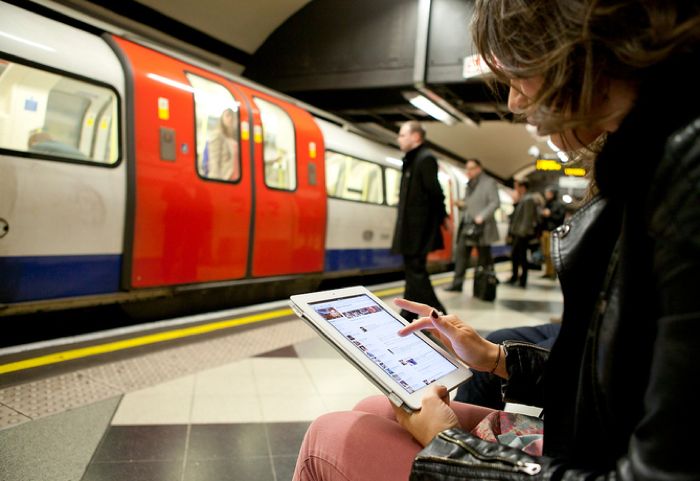 Virgin Media has announced that they are expanding their London Underground WiFi service, and it will now include customers from mobile carrier Three.]

Three customers will be able to use the Virgin Media WiFi for free on train journeys on the London Underground, the company also announced that they are expanding their WiFi to more stations.

Joe Lathan, director of broadband at Virgin Media said: “With every network operator now on board with Virgin Media WiFi on London Underground, it is great to know we are keeping people on the Tube connected at no extra cost. Our unique fibre optic network has enabled us to bring connectivity to even the deepest Tube stations and we’re looking forward to getting even more parts of the capital online next week.”

Danny Dixon, director of customer strategy, Three said: “Giving our customers access to free WiFi on the London underground is another step towards them being able to enjoy the benefits of being connected no matter where they are. Our customers will also have the added benefit of being able to use our new Three InTouch app, which means they will be able to surf the web, as well as make and receive calls and texts when they are in Wi-Fi enabled London tube stations.”

Virgin Media will also expand their free WiFi to seven more stations, which include Edgeware Road and Harrow-on-the-Hill, you can find out more information at the link below.