Sir Richard Branson’s Virgin Galactic has completed its latest test flight, this is the third rocket powered supersonic flight of its SpaceShipTwo or SS2.

The video below shows the the SpaceShipTwo being lifted by the WhiteKnightTwo Aircraft top 46,000 feet, it was then released and reached its highest altitude to date of 71,000ft. 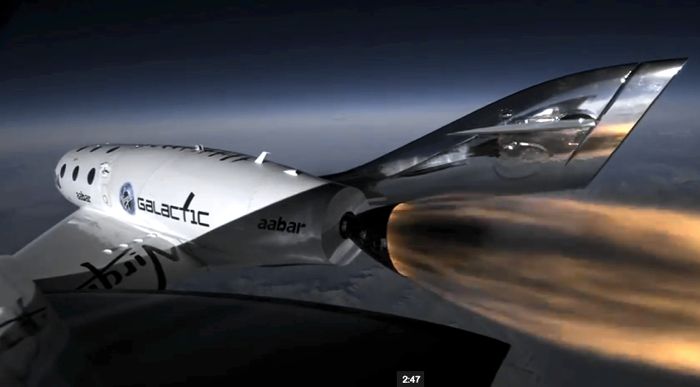 Commenting on the successful test flight, Sir Richard Branson said: “I couldn’t be happier to start the New Year with all the pieces visibly in place for the start of full space flights. 2014 will be the year when we will finally put our beautiful spaceship in her natural environment of space. Today, we had our own Chief Pilot flying another flawless supersonic flight and proving the various systems required to take us safely to space, as well as providing the very best experience while we’re up there.”

This flight was the third opportunity to see a supersonic, rocket-powered test of the Virgin Galactic system after dozens of successful subsonic test flights. “Today’s flight was another resounding success,” said Virgin Galactic CEO George Whitesides. “We focused on gathering more transonic and supersonic data, and our chief pilot, Dave, handled the vehicle beautifully. With each flight test, we are progressively closer to our target of starting commercial service in 2014.”

You can find out more information about the third supersonic flight of the SS2 over at Virgin Galactic at the link below.