If you’re a fan of action-strategy games set in the World War II realm, you’ll probably appreciate the game Victory that’s on Kickstarter right now. The game is trying to raise $700,000 for development costs and has about $16,500 in pledges as of right now. So far, 283 people have pledged money to the project, and the project looks really cool. 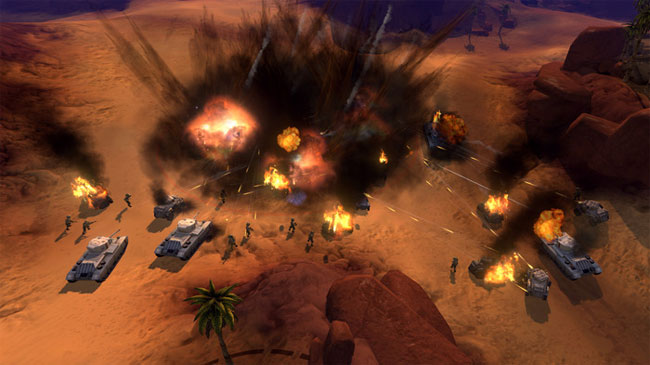 The developer of the game is clear that this is not a RTS game and it has no resource gathering or base building functionality. The game is a team-based action-strategy game where players collect companies of units in battle in online matches lasting approximately 15 minutes each. Players can use the in game currency to purchase new Command Units that offer random collectible units and other items.

Players earn experience points after each match and will level up allowing them to place more units and more powerful units into their Company. The developers of the game hope to have it ready for public consumption by the December 2013. A pledge of $25 or more will get you a digital download copy of the game when it’s ready to purchase.