A weird looking new digital hybrid camera has surfaced in Japan from JVC- Victor. The camera is the GC-PX1 and it will land in stores in Japan in February at an undisclosed price. The camera packs in a 1080p 60 frames per second movie mode and it can record that video at up to 36Mbps and has a 10x optical zoom Konica Minolta HD Lens. 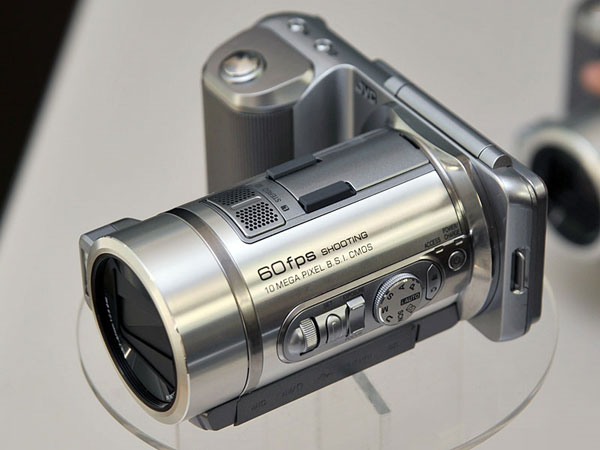 The camera is capable of shooting bursts at 60 per second for 144 shots (that is assuming the Google translation from Japanese is correct). The camera has ISO sensitivity up to 6400 and can shoot at 300fps in 640 x 360 resolution.

The shutter speed inside the camera is ½ to 1/4000 of a second. The camera has optical image stabilization, stores to SDXC/HC cards and uses a rechargeable battery good for 320 shots per charge. The camera measures 131 x 67 x 122 mm and weighs 430g. The LCD is adjustable for angle to make it easy to see no matter the position you shoot from.