A new AA sized generator has been developed by Brother Industries that is capable of charging connected AA battery using vibrations.

The new AA generator contains an electromagnetic induction generator and an electric double layer capacitor and is designed for devices at need small amounts of power to operate such as remote controls. 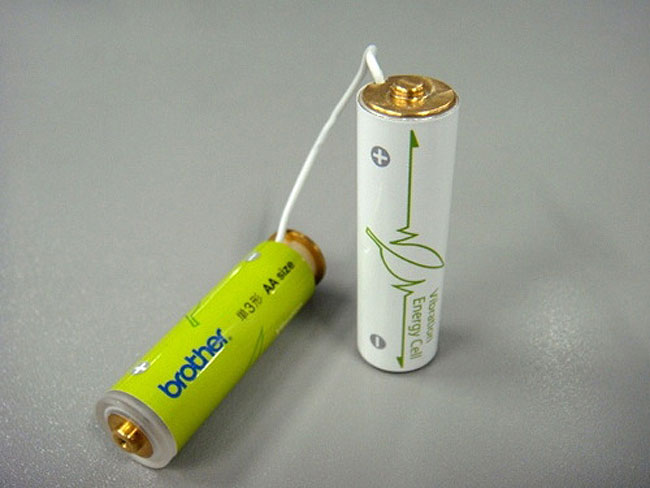 Unfortunately the current generator cant power your larger gadgets but a simple shake of your remote control maybe all that’s needed to keep the batteries topped up.

Brother Industries has currently prototyped the generator in both AA and AAA sizes, devices without a constant need to consumer electricity but has a power consumption when in use of around 100mW. Modern remotes use between 40-100mW.

The new generators will be on exhibit at the Techno-frontier 2010 exhibition running from July 21 – 23rd 2010, in Tokyo