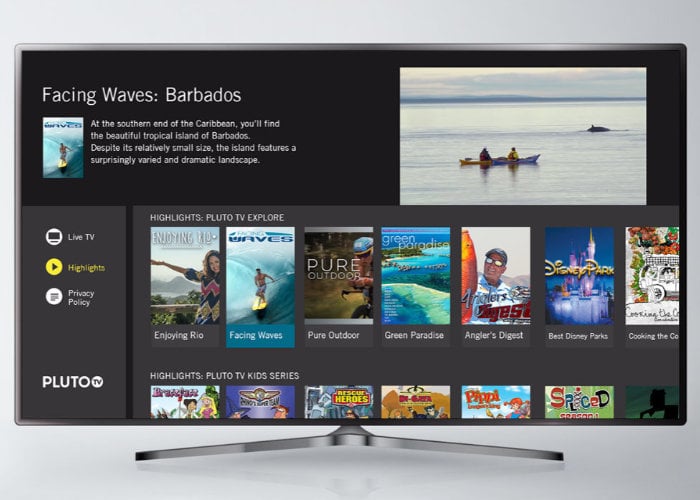 It has been announced this week that Viacom has agreed to acquire start-up Pluto TV for $340 million in cash. Pluto TV has more than 12 million monthly active users, 7.5 million of which are on connected TVs. Founded in 2013, Pluto TV streams more than 100 channels and on-demand content including television series, movies, sports, news, lifestyle, comedy, cartoons, gaming and trending digital series.

“The acquisition of Pluto TV will advance Viacom’s key strategic priorities, including expanding its presence across next-generation distribution platforms and growing its advanced advertising business. Additionally, access to Viacom’s global reach, leading brands and vast, unencumbered library will help solidify Pluto TV as the leader in the free streaming video market in the U.S., and accelerate Pluto TV’s global growth. The benefits of this transaction include:”

The benefits of this transaction include according to todays press release include :

– Provides Viacom with direct access to millions of consumers
– Serves as a very important marketing engine to acquire and retain consumers for Viacom’s targeted subscription products, including Noggin and Comedy Central Now
– Provides a new distribution outlet for Viacom Digital Studios’ content, beyond the existing AwesomenessTV channel on Pluto TV
– Promotes Viacom brands and content that live on other platforms, such as pay-TV, theaters and beyond
– Immediately adds billions of high-quality addressable advertising impressions, which will further strengthen Viacom’s ability to serve advertisers and their agencies
– Brings an additional audience that is young, gender-balanced and hard to reach
– Further expands Viacom’s ability to partner with distributors by adding a premium, free service for broadband-only and other subscribers
– Serves as a customer acquisition and retention tool for certain tiers of pay-TV packages
– Represents a significant opportunity for all types of distributors, including mobile operators

“Today marks an important step forward in Viacom’s evolution, as we work to move both our company and the industry forward. Pluto TV’s unique and market-leading product, combined with Viacom’s brands, content, advanced advertising capabilities and global scale, creates a great opportunity for consumers, partners and Viacom,” said Bob Bakish, Viacom President and CEO. “As the video marketplace continues to segment, we see an opportunity to support the ecosystem in creating products at a broad range of price points, including free. To that end, we see significant white space in the ad-supported streaming market and are excited to work with the talented Pluto TV team, and a broad range of Viacom partners, to accelerate its growth in the U.S. and all over the world.”