Verizon has been a little slow in terms of updates, and it’s nothing new. If you’re a Verizon customer with a Samsung Galaxy S4, there’s a piece of good news for you. According to a new report, Verizon may kick off with the latest Android 4.4.2 KitKat update for the Galaxy S4 from May 2nd. 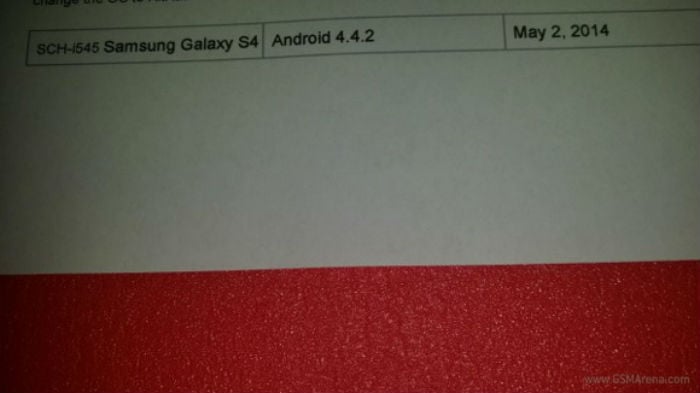 An internal document was leaked recently, which shows the arrival date of the latest Android 4.4 KitKat update for the Samsung Galaxy S4. However, there’s no official word from the Big Red regarding this so we request our readers to take it with a grain of salt.

We’re hoping Verizon will not be too late this time, and will release the update in the coming days. As far as the new features are concerned, Android 4.4.2 KitKat comes with a new interface with white status bar icons, improved messaging capabilities, camera icon on the lock screen, performance improvements and much more.

We’ll update you as soon as the latest Android update rolls out for Verizon Galaxy S4 customers.