We are expecting HTC and Verizon to officially announce the new HTC Rezound at a press event on the 3rd of November, later this week, and now it would appear that Verizon may have already started advertising the device in their stores ahead of the official launch.

We are expecting the HTC Rezound to come with a 4.3 inch HD display with a resolution of 1280 x 720 pixels, and a dual core 1.5GHz processor, plus an 8 megapixel camera and a 2 megapixel camera up front. 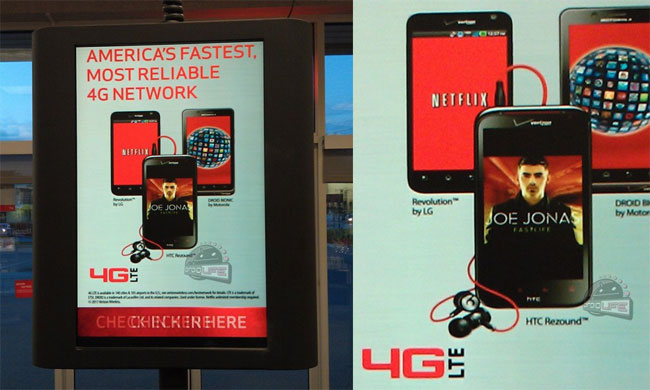 Other rumored specifications include Android 2.3.4 Gingerbread plus HTC Sense 3.5, Beats Audio and 1GB of RAM, we should have the official details later this week.