It looks like the Verizon Galaxy S3 Mini could be launching shortly, as the handset has now turned up on Samsung’s website, along with the Verizon branding.

The Samsung Galaxy S3 Mini has been available for around a year now, the handset recently launched on AT&T in the US, and it looks like it will land on Verizon soon. 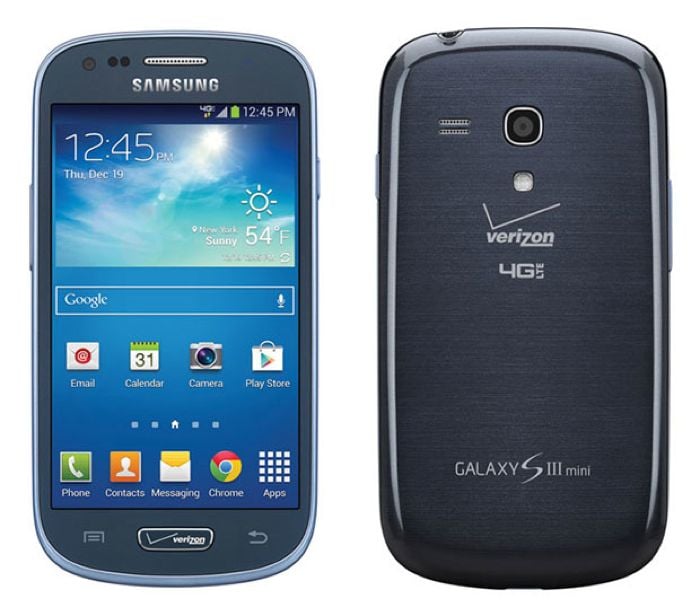 The Verizon Galaxy S3 Mini will come with a 4 inch Super AMOLED display with a resolution of 800 x 480 pixels, the device will be powered by a dual core 1.2GHz processor.

Other specifications on the Samsung Galaxy S3 Mini include 1GB of RAM and 8GB of built in storage, the handset also features a microSD card slot that will give you up to 64GB of additional storage.

The device also comes with a VGA front facing camera and a rear facing 5 megapixel camera with an LED flash and auto focus, the handset also features 3G, 4G LTE, WiFi and Bluetooth.

As yet there are no details on how much the Samsung Galaxy S3 Mini will retail for on Verizon and not details on an exact launch date, as soon as we get some more information, we will let you guys know.