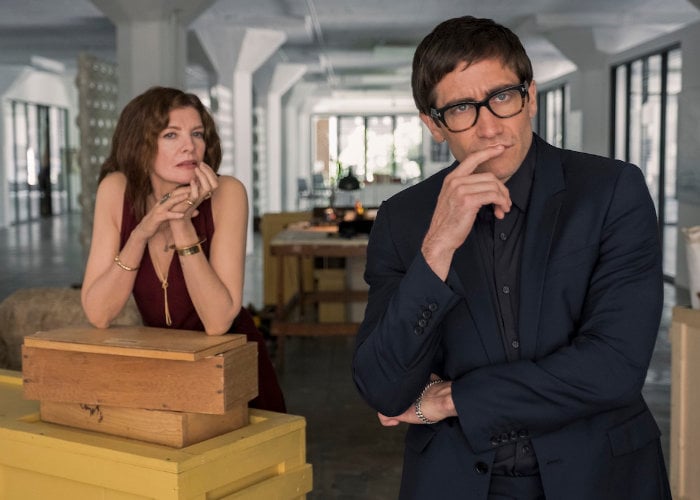 Netflix has released a new trailer today for its upcoming new horror movie Velvet Buzzsaw which stars Jake Gyllenhaal, Rene Russo, Toni Collette, Zawe Ashton, Tom Sturridge, Natalia Dyer, Daveed Diggs, Billy Magnussen, and John Malkovich. Check out the two-minute trailer below to learn more about what you can expect from the storyline, characters in the new mind-bending film written and directed by Dan Gilroy.

“Set in the shallow, vapid world of L.A.’s contemporary art scene, where big money artists and mega-collectors pay a high price when art collides with commerce, the film revolves around a series of paintings found in a dead hermit’s apartment.

Stunned by how surrealistic the paintings are, local art gallery owner Morf Vandewalt and his assistant Rhodora Haze put the artwork up for display to the public. The paintings, however, turn out to be cursed with the supernatural ability to come to life and soon those who buy them begin to be consumed by the deranged entity possessing the morbid pictures.”

After premiering at the 2019 Sundance Film Festival on January 27th 2019, Velvet Buzzsaw will be showing on the Netflix streaming service in a few weeks time on February 1st, 2019.