By selling portable canopies that can be assembled in moments, like the Veltop Classic pictured below. It attaches to the handle bars and comes with a stiff windscreen and foldable parts like the sunroof and see through side flaps. The whole point of this portable roof is for cyclists to keep mobile no matter the downpour. 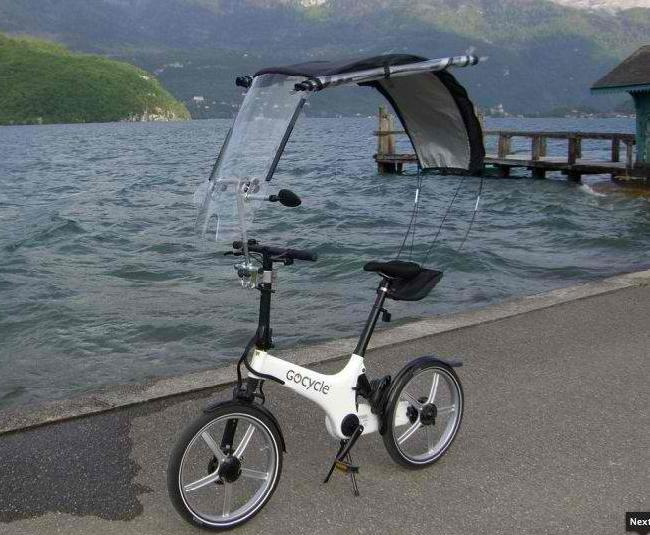 The Veltop family of products—basically various kinds of weather protection roofing for cyclists—aren’t a novelty and neither do they push the boundaries of innovation. Societies that have long used bicycles and scooters a s a means of public transport already employ similar fixtures on the rides to protect the drivers.

The Veltop, however, differs by being marketed to the cycling enthusiasts out there who much prefer travelling to work or play on their ‘cycles. Though rather awkward looking, it seems to do the intended job superbly.

The Veltop classic is selling for $363.75. Other variants accommodate electric scooters and oddly configured bicycles.