Velocity Micro is launching a new range of eReader tablets which are based on Google’s Android OS, the tablets are designed to be affordable and prices start at $149 for the base model up to $299 for the top end model.

There are three models in the range a 7 inch Cruz Reader, a 16:9 Cruz Tablet and one designed for children the Cruz StoryPad. 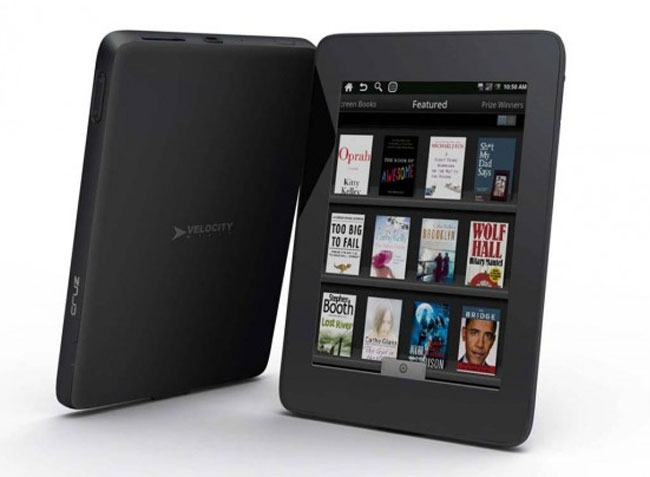 There is also an SD card slot, and it comes with a 2GB SD card, plus you will get around 10 hours of usage from the built in battery.

Next up is the Cruz Tablet which also features a 7 inch display, although this one has a 16:9 aspect ration and an 800 x 480 capacitive display, it comes with a built in microphone and 4GB of storage, plus it also comes bundled with an 8GB SD card.

Finally we have the Cruz StoryPad which features a 7 inch color touch screen display with a 4:3 aspect ratio and an 800 x 600 pixel resolution.

The Velocity Micro Cruz tablets will be available from September 2010. Have a look and our article on Android vs iPhone to see which smartphone and mobile platform is best for you.