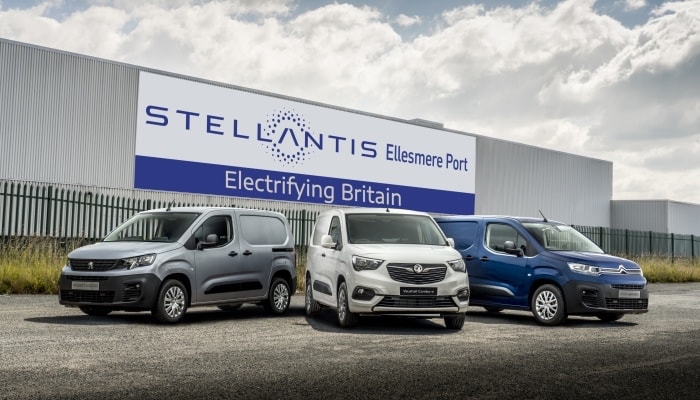 Vauxhall has announced that their Ellesmere Port plant is receiving a £100 million investment to produce electric vehicles.

The plant will be used to produce electric LCV and passenger vehicles for Vauxhall, Opel, Peugeot and Citroën. The £100 million investment by Stellantis has been supported by the UK government.

Stellantis announces today a £100million investment in Vauxhall’s Ellesmere Port manufacturing plant to transform the site for a new era in electric vehicle manufacturing. Ellesmere Port will become the first Stellantis plant to produce a solely battery-electric model, in both commercial and passenger versions, by the end of next year, for Vauxhall, Opel, Peugeot and Citroën brands and for both domestic and export markets. This dedication to battery electric vehicles will go towards achieving the UK Government’s decision to stop sales of pure petrol and diesel engined vehicles from 2030.

Stellantis investment in Ellesmere Port will leverage the performance improvement actions that have been made possible thanks to a collaborative process between the company, the Unite the Union and based on the workforce’s drive to transform their plant.

This is great news for the factory at Ellesmere Port and it will ensure that Vauxhall and other vehicles are continued to be produced at the factory for the future, The first all electric vehicles will roll off the production line in 2022.