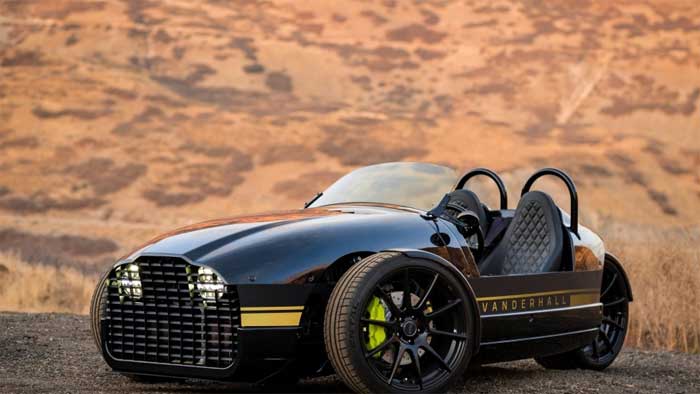 A company called Vanderhall Motor Works is at CES 2018. The car is a cheaper, electric alternative to the Morgan 3-wheeler. It’s called the Vanderhall Edison and it has dual AC motors inside with 180hp and 240 lb-ft of torque.

The entire car weighs in at 1,400 pounds and can reach 60mph in 4-seconds, which is twice as fast as Morgan’s EV3. The Vanderhall Edison can drive 200 miles on a charge of its 30-kWh battery.

The top speed is 105mph and the car can generate 0.95G on the skidpad. The car is priced at $34,050 which is surprisingly cheap for a car this cool. It even comes with a heating system, 600w stereo, Bluetooth and more.