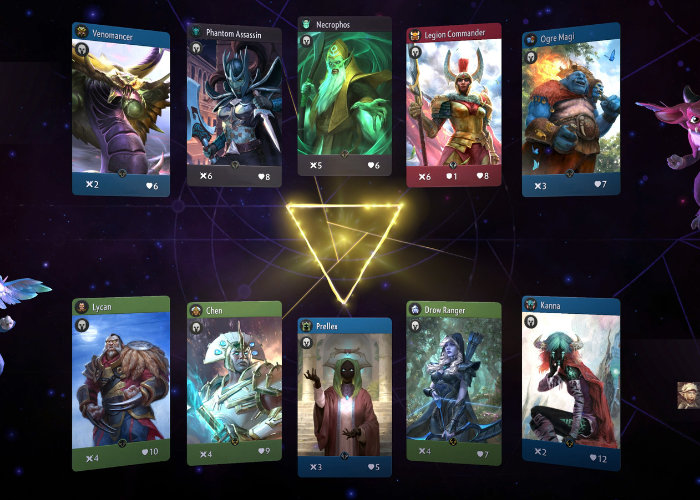 Valve has announced it is ceasing development of its Dota 2 card game Artifact, which originally launched back in November 2018. The decision has been made due to falling player count, making it harder for Valve to invest resources and cash into the project, which is now available as a free to play game for all.

“It’s now been about a year and a half since the current Artifact team began work on a reboot in earnest. While we’re reasonably satisfied we accomplished most of our game-side goals, we haven’t managed to get the active player numbers to a level that justifies further development at this time. As such, we’ve made the tough decision to stop development on the Artifact 2.0 Beta.

However, we recognize that both versions of Artifact still have players and still have value to the community. For this reason, we’re opening both games up to make them available for free to everyone. Final releases of both Artifact Classic and Artifact 2.0 Beta (renamed Artifact Foundry) are now available. Technically Artifact Foundry remains an unfinished product, but most of what’s missing is polish and art – the core gameplay is all there. While both games will remain playable, we don’t plan to ship any further gameplay updates.”

Final changes to Artifact Classic:
– The game is free for everyone to play.
– All players get every card for free. You will no longer be able to buy card packs.
– Paid players’ existing cards have been converted into special Collector’s Edition versions, which will remain marketable. Marketplace integration has been removed from the game.
– Paid event tickets have been removed.
– Customers who paid for the game will still earn packs of Collector’s Edition cards for playing; players who got the game for free will not.

Final release of Artifact Foundry inlcudes:
– The game is free for everyone to play.
– Players gain access to cards by playing the game. All cards are earned this way; no cards or packs will be for sale and Artifact Foundry cards are not marketable.
– All final card art that was in the pipeline is now in the game.