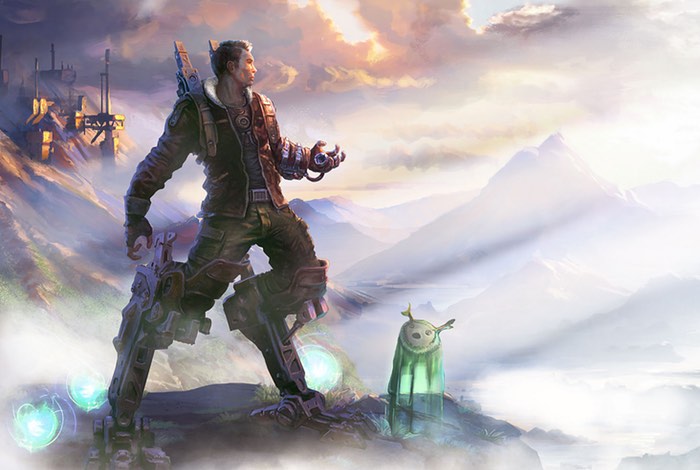 Blue Isle Studios makers of the popular horror game Slender: The Arrival, have released a new trailer for their upcoming new title called the Valley, which is currently in the final stages of development and will be launching on the PlayStation 4 during the summer months of 2016.

Valley is a first person adventure, during which players pilot the L.E.A.F. exosuit, powering up their physical abilities to unheard of levels, allowing them to explore the massive open world from above and below.

Blue Isle Studios unveiled Valley a few months ago and the new trailer provides a first glimpse at what you can expect from the L.E.A.F. suit’s amazing powers, which is worn by the character in the game.

As our team at Blue Isle Studios gears up for the release, we thought we’d offer a deeper glimpse into some of Valley’s gameplay. Take a look at seven new minutes of footage and hold tight just a bit longer — you’ll be equipping your own L.E.A.F. suits later this summer!

As you’ll see in the video, intrepid players can do some truly incredible things as they seek to further uncover the mysteries of the valley: give life to dying trees and animals; leap the distance of an entire football field; swing through a Pathfinder training forest of ginormous trees; and even defend oneself against some mysterious enemies. These are just some of the many awesome things you’ll be able to do as you explore the ancient depths of the valley, all the while keeping both it and yourself alive.

For more information on the new Valley game from Blue Isle Studios jump over to the official website for details by following the link below.