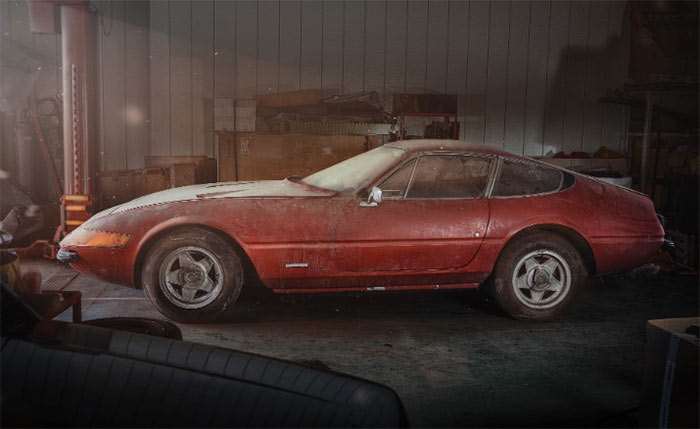 During the production run for the Ferrari 365 GTB/4 the Italian sports car maker built only 1,200 of the cars. The majority of them were normal steel bodied street cars, but a handful of them were swathed in aluminum. Those lightweight bodies helped the car to perform better and four out of the five were destined for endurance racing.

Only a single aluminum bodied 365 GTB/4 was made street legal. That car was shipped to Japan, changed hands a few times and then lost. Many thought it was a rumor, but the car was recently discovered sitting in a Japanese barn.

The car had been in the barn for 40 years and has only 22,000 miles on the odometer. It’s owned by a man called Makoto Takai. It will be auctioned off in its unrestored and original condition by RM Sotheby’s and is expected to bring as much as $2 million.