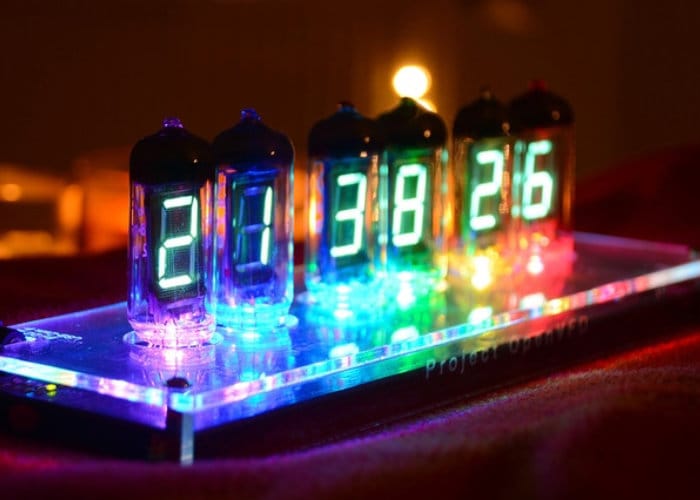 Frank a developer and engineer based in Berlin, Germany has created a unique timepiece, designed using nixie tubes or to be more specific, vacuum fluorescent tube displays based on Project OpenVFD. The IV-11 VFD Tube Digital Clock has this week been launched by Kickstarter and has already raised four times its required pledge goal thanks to early bird backers who have seized the opportunity to bag early bird rewards which started from €160. Watch the demonstration video below to learn more about the Fluorescence tube digital clock.

As you can see from the images and video the digital clock consists of six fluorescent tubes which display the current time in a unique yet aesthetic way offering unique lighting effects with a minimalist design, says its designer. Options are available to receive the individual timepiece as either a kit or fully assembled and ready to go straight out of the box. Instructions have been published on the Instructables website and area available to peruse while the Kickstarter campaign continues, by following the link below. 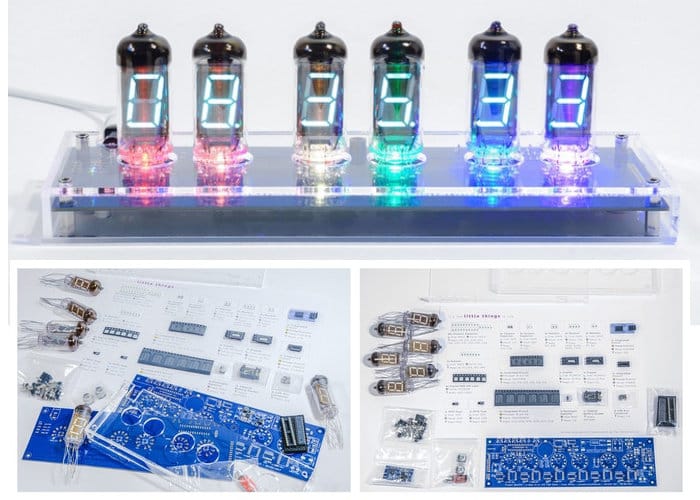 The Kickstarter funding will be used to help manufacture the fluorescent components and the development of further tube clock projects based the OpenVFD platform such as a smaller version with IV-6 and one with IN-14 Nixie tubes. For more information and full specifications on the 6 Digit IV-11 VFD Tube Digital Clock Lite jump over to the official Kickstarter campaign page via the link below, which still has 46 days remaining and has already raised nearly £5,000 thanks to 30 backers.