The plot of Uncharted 3: Drake’s Deception created by Naughty Dog for the PS3 and the sequel to the critically acclaimed games of 2009, draws from the archaeology days of T. E. Lawrence, and is an action-adventure game played from a third-person perspective. In which you control the character of Nathan Drake, watch exciting launch trailer after the jump to see what you can expect. 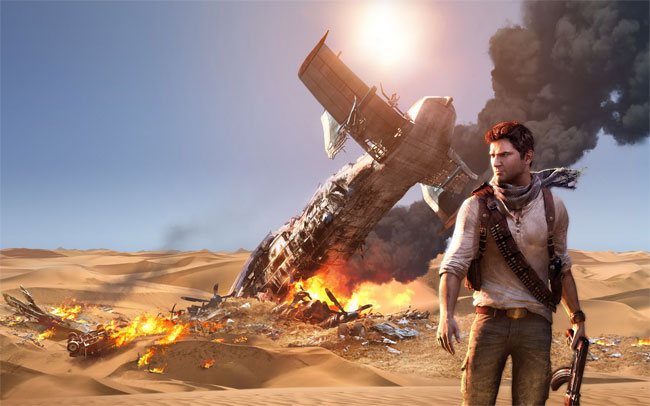 The latest Uncharted 3 game will see the series protagonist Nathan Drake and mentor Victor Sullivan travelling around the world to exotic places such as the Rub’ al Khali desert, in search of the legendary lost city, the Iram of the Pillars. Chloe Frazer and Elena Fisher will also return in Uncharted 3: Drake’s Deception.