An Arduino powered 3D gesture controller has launched a crowd funding campaign over on the Indiegogo website this week in the form of the uMotio.

The uMotio gesture control device has been designed to enable users to interact and control the world around them, providing open and easy access to 3D tracking and gesture control technology. Check out the video after the jump to see the new uMotio device in action and learn more. 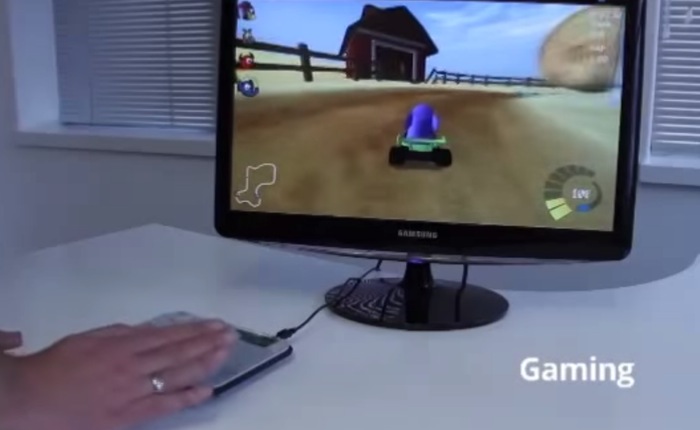 The uMotio has been created to work directly from out-of-the-box and recognise the position of your hand in all three axis X, Y, and Z but also has built-in gestures that users can adapt to meet their needs.

“uMotio uses 3D sensor technology which utilizes an electric field (E-fields) for advanced proximity sensing. It allows realization of a new user interface by detection, tracking and classification of a user’s hand or finger motion in free-space.

The 3d sensor technology uses transmit frequencies f in the range of 100 kHz, which reflects a wavelength of about three kilometers. With electrode geometries of typically less than twenty by twenty centimeters, this Tx wavelength is much larger in comparison. Therefore, the magnetic component is practically zero and no wave propagation takes place. The result is a quasi-static electrical near field that can be used for sensing conductive objects such as the human body.

Once a user intrudes the sensing area, the electrical field distribution becomes distorted. The field lines intercepted by the hand are shunted to ground through the conductivity of the human body itself. The proximity of the body causes a compression of the equipotential lines and shifts the receiver electrode signal levels to a lower potential which is detected by the 3D sensor technology.” 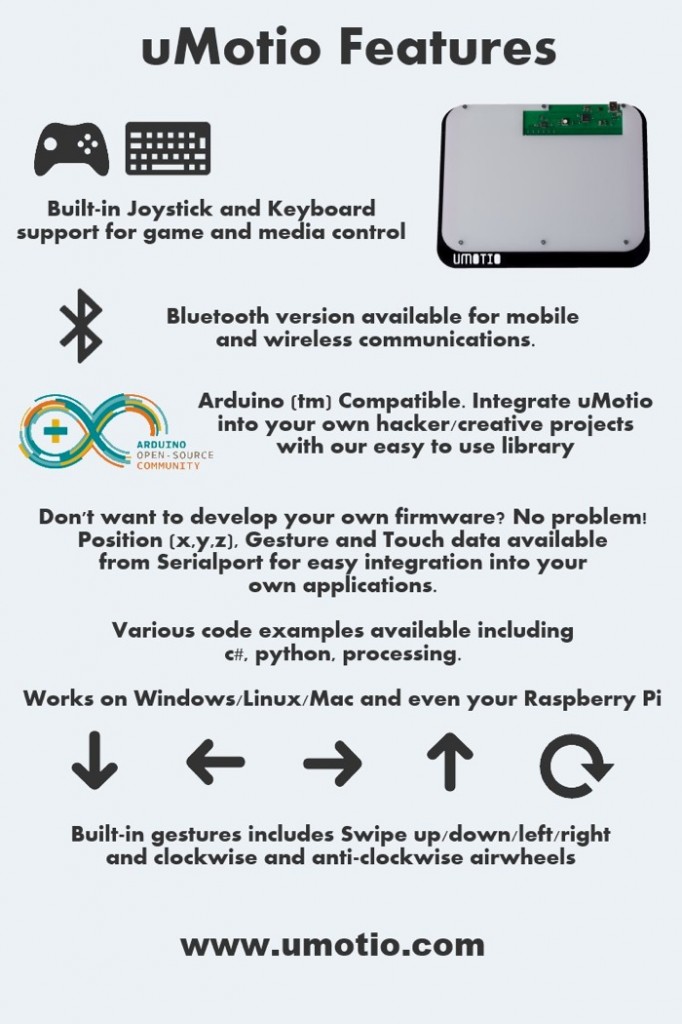 The uMotio project is currently over on the Indiegogo crowd funding website looking to raise enough pledges to make the jump from concept to production. So if you think uMotio is something you could benefit from, visit the Indiegogo website now to make a pledge and help uMotio become a reality.