This fantastically detailed and very life like Gears of War 3 Digger Launcher, which is featured in the third Gears of War game. Has been created by husband and wife team Palser and Dena of Kronos Props. 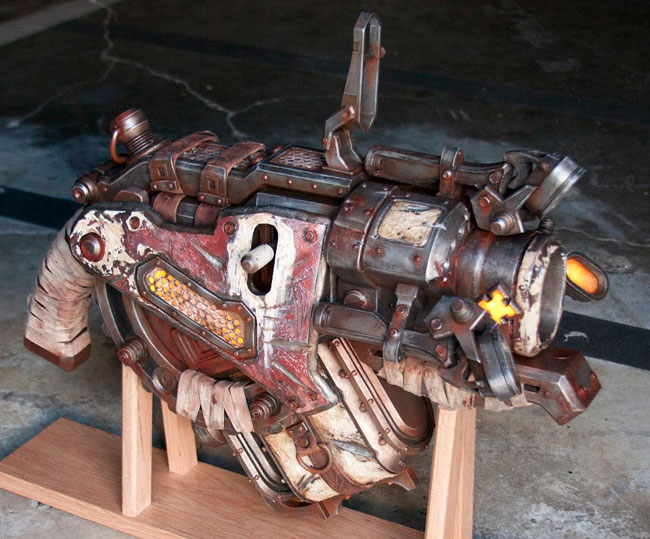 The weathering on the final Digger Launcher replica pictured below, has brought the prop to life and given it a very realistic finish. If you fancy building your very own Gears of War 3 Digger Launcher the team has published instructions on how to create your very own over on the Instructables website.

“Having the high res 3D model to work from made my life about 1000 times easier, as trying to build this strictly from reference photos would have been ‘difficult’ to say the least. One thing I quickly realized in dissecting the digital model was that in its current state, it could not exist in the real world. There were more then a few floating pieces and several others that barely made any contact at all, certainly not enough to be structurally sound. So as the creation of the blueprints was underway, I had to make several small changes to the design in the blueprints so that it could be made real and the floating pieces could have points of attachment. None of these adjustments were anything you would notice once the gun was finished.”

You can view lots more pictures of the completed Gears of War 3 Digger Launcher over on the Kronos Props Flickr page.