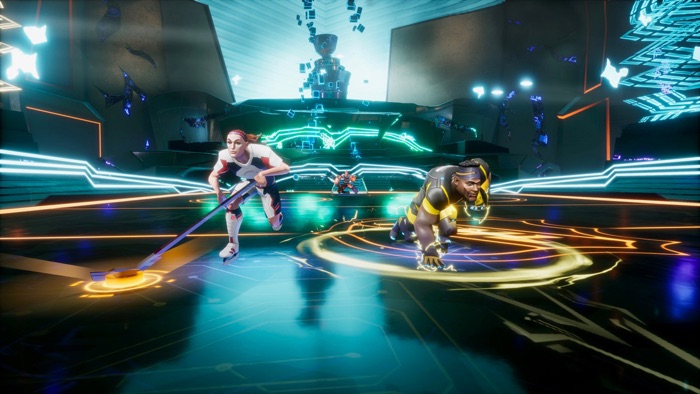 Apple has announced that it is launching a new game on its Apple Arcade, called Ultimate Rivals, the game is from Bit Fry Game Studios.

Ultimate Rivals is a new sports game that includes players from a wide range of sports including, football, basketball, hockey and baseball, have a look at the video below.

Apple today revealed “Ultimate Rivals” from Bit Fry Game Studios, Inc., a new sports game franchise that brings together athletes across hockey, basketball, football, baseball and soccer into a single officially licensed video game, a first in sports and gaming. In “Ultimate Rivals: The Rink,” the first title in the franchise, players choose from more than 50 superstar athletes to compete in exciting two-on-two hockey matches. Players can combine, for instance, Alex Ovechkin and Alex Morgan against De’Aaron Fox and Jose Altuve or Skylar Diggins-Smith and Wayne Gretzky. Different combinations of heroes unlock unique ways to play and win against the AI or other gamers in online multiplayer matches. On the ice, the action is driven by players’ quick reflexes and are brought to life with stylized visuals and immersive sound FX. “Ultimate Rivals: The Rink” launches today on Apple Arcade across iPhone, iPad, Apple TV and Mac and will be followed by an NBA licensed basketball game, “Ultimate Rivals: The Court” in spring 2020.

You can find out more details about the new Ultimate Rivals game for Apple Arcade over at Apple’s website at the link below.