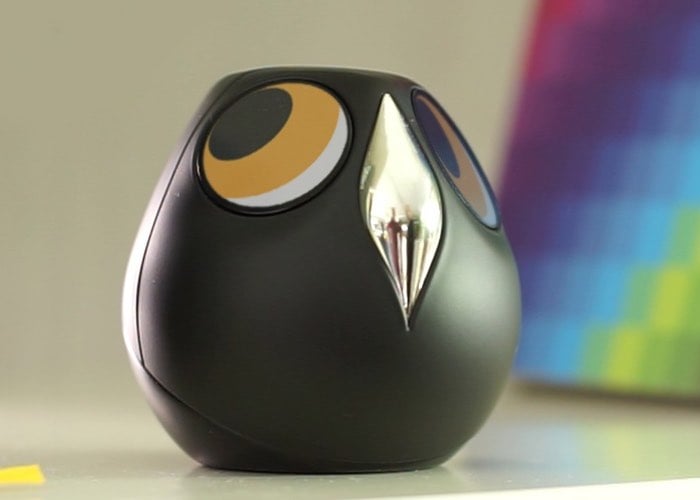 Vivien Muller has created a very unique wireless surveillance camera which takes the form of a pet owl, that is capable of interacting with its owner using eye expressions.

The owl styled surveillance camera has been named Ulo and has already raised over €380,000 on Kickstarter with still 28 days remaining on its campaign.

The owl security camera can also be used to take snapshots using the smartphone application and will even notify you when its batteries getting low via an animation on the eyes, which looks as though the owl is becoming sleepy.

The Ulo camera is equipped with two round 1.22 inch LCD screens that were originally intended to be used in smart watches. The system also includes a hidden surveillance camera that is capable of recording 1080p high definition video footage and also includes a motion sensor behind a two-way mirror beak.

Muller explains more about the unique functionality of this cute security camera in the video below.