It looks like Apple m,ay have sold out of its initial pre-orders of the iPad 3 for delivery on launch day, next Friday the 16th of March, as if you now orders an iPad 3 from Apple’s website here in the UK the shipping estimate has been changed to 2 – 3 weeks. 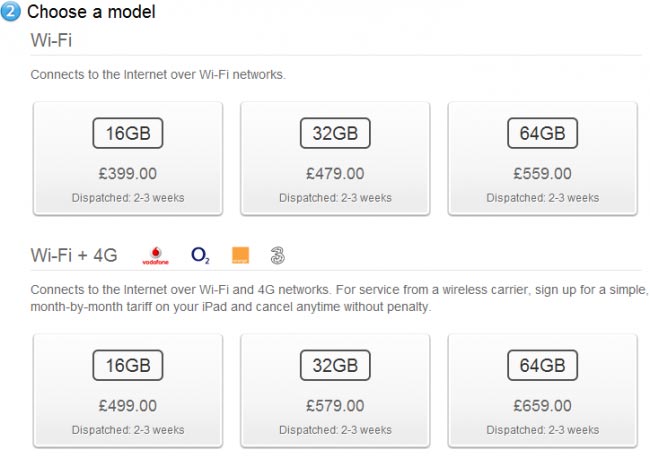 It looks like the iPad 3 is going to be another massive success for Apple, and we wonder if they will end up selling more of the iPad 3 on launch weekend than they did of the iPad 2 last year.