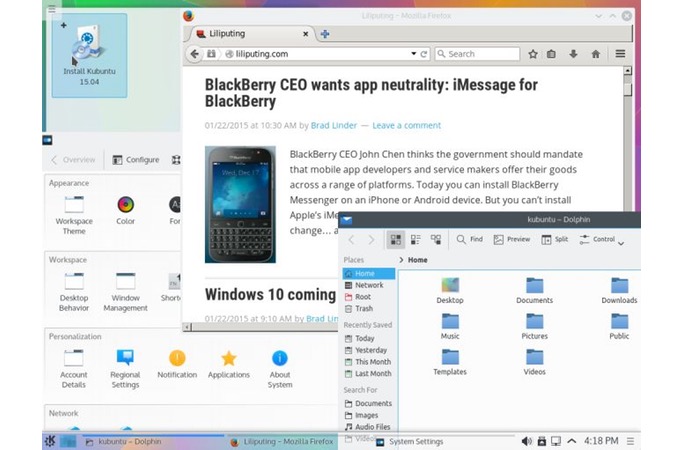 Ubuntu users might be interested to know that a new release has been made available in the form of the Ubuntu 15.04 Vivid Vervet Alpha 2 which is now available to download

Other stable builds are also available in the following builds Kubuntu, Lubuntu, Ubuntu GNOME, and Ubuntu Kylin based on the core Ubuntu operating system but featuring KDE, LXDE, GNOME, and Kylin desktop environments.

At the current tim there’s no alpha build for the main branch of Ubuntu that includes the Unity desktop environment. Brad Linder over at the Liliputing website has already given the Kubuntu build in Virtualbox a try explaining:

“I loaded up the Kubuntu build in Virtualbox to check out the new Plasma 5environment, and it looks pretty nice. Menus have a translucent effect which lets you preview apps, adjust settings, or make other changes without losing focus on your work.

There’s also better support for high-DPI displays and hardware-accelerated graphics improvements. Other new features in Kubuntu 15.04 Alpha 2 (and KDE in general) is the KDE Application 14.12 suite which includes new versions of the text, image, math, and game apps, among other things.”

For more information on the new Ubuntu 15.04 Vivid Vervet Alpha 2 jump over to the Ubuntu announcement for details via the link below.