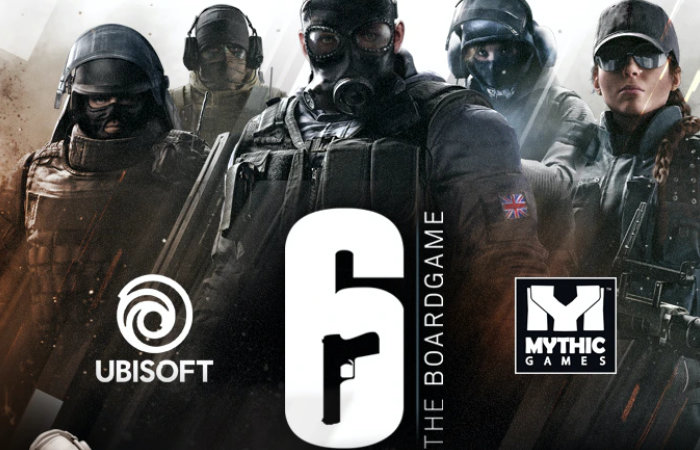 Ubisoft has partnered with Mythic Games to create a unique 1-on-1 shooter based tactical board game inspired by Tom Clancy’s Rainbow Six: Siege by Ubisoft video game. The asymmetrical and tactical game lets you control agents from different taskforces to avert a global crisis. The Kickstarter campaign has nine days remaining and has already raised over $500,000 thanks to over 4,000 backer.

Specially priced early bird pledges are now available for the interesting project from roughly $69 or £50 (depending on current exchange rates). If the 6 Siege campaign successfully raises its required pledge goal and fullfilment progresses smoothly, worldwide shipping is expected to take place sometime around June 2022. To learn more about the 6 Siege tactical board game project checkout the promotional video below.

“This is our twelfth Kickstarter and we’ve learned a lot from our previous eleven. Producing thousands of products and coordinating their delivery to homes across the planet is a complex business, and there are many things which could go wrong. This is why we build in as much time for the unforeseen as possible. We want to ensure that we have the space to deal with any unexpected setbacks and still get your game to you before the estimated delivery date.”

“Shipping is not charged as part of this Kickstarter campaign but is instead done so on the Pledge Manager after the campaign ends. The shipping price you will pay is based on the weight of your pledge and the country to which it is being shipped to. Please note that the components, component counts, quality, and rules, are all a work in progress and subject to change.”

For a complete list of all available early bird specials, stretch goals, extra media and full specifications for the tactical board game, jump over to the official Ubisoft 6 Siege board game crowd funding campaign page by following the link below.