Ubi Interactive has created a new piece of software that will allow you to transform any surface into an interactive touch screen using Microsoft’s Kinect motion controller.

The new software is a prototype technology that has today been made available to download and can transform any surface whether it be the wall, table, or floor into an interactive area. Watch the video after the jump to learn more about the software Ubi Interactive has created. 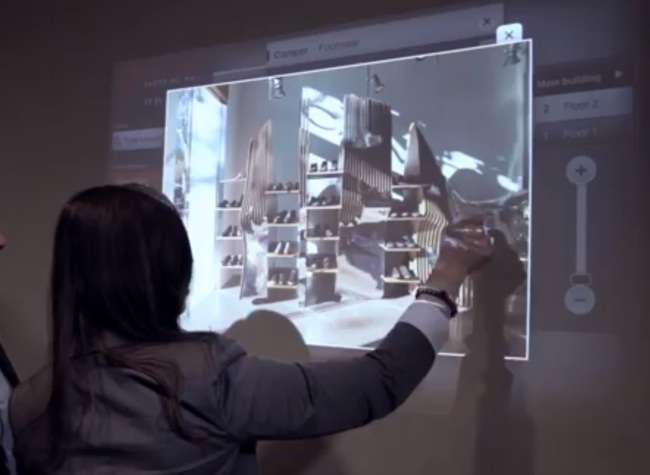 Microsoft announced this week that Ubi Interactive has worked to develop their software with more than 50 organisations and is now accepting orders for purchase, and is available in four different packages ranging from Basic, which costs $149, to Enterprise, which costs $1499.

“We want human collaboration and information to be just one finger touch away, no matter where you are,” Ubi co-founder and CEO Anup Chathoth wrote in a blog post. “By making it possible to turn any surface into a touch screen, we eliminate the need for screen hardware and thereby reduce the cost and extend the possibilities of enabling interactive displays in places where they were not previously feasible — such as on walls in public spaces.”

Ubi has designed their software to use the Microsoft Kinect device track the movements of the user, allowing them to interact with the projected image using touch.