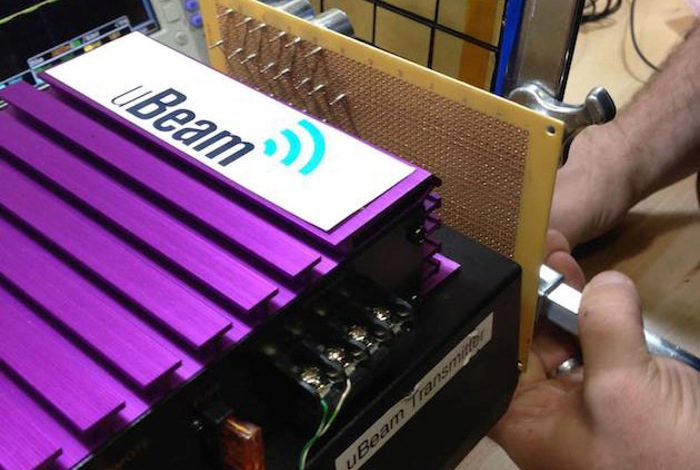 We have already seen wireless charging devices and systems that allow you to charge your devices being the few inches from a wireless charger pad.

But a new system being developed called uBeam, which was first unveiled three years ago at the All Things D Science Fair, has now been refined to be able to charge devices across a room. Watch the video after the jump to learn more about this innovative wireless charger and how it might revolutionise the way we charge our electronic devices.

The uBeam system developed by Meredith Perry uses ultrasound and converts electricity into sounds, that are then transmitted over ultrasound to the required devices charging them in the process.

Originally Perry studied astrobiology at the University of Pennsylvania with the goal of finding life on other planets. However during this process she accidentally stumbled upon the wireless charger technology to charge portable electronics using the ultrasound system. Perry explains :

“This is the only wireless power system that allows you to be on your phone and moving around a room freely while you’re device is charging,”-“It allows for a Wi-Fi-like experience of charging; with everything else you have to be in close range of a transmitter.”

“If wireless power is everywhere, then the size of your battery can shrink because it’s always charging.”-“You’ll never need a cord again, and you won’t need international charging adapters.”

Once the technology is finalised the uBeam wireless charger will measure no more than 5 mm in thickness and will be able to be positioned on the wall to allow the ultrasound to emanate around the room charging devices.

uBeam has also recently discovered as well as charging electronic devices the uBeam system is also capable of sending highly secure data through its charging stations, enabling the uBeam technology to possibly one day be used to connect the Internet of Things devices securely.