The uArm robot arm is a 4-axis parallel-mechanism robot arm, inspired by the ABB PalletPack industrial robot arm and is powered by Arduino enabling you to program it to do a multitude of tasks and carry out a variety of functions. 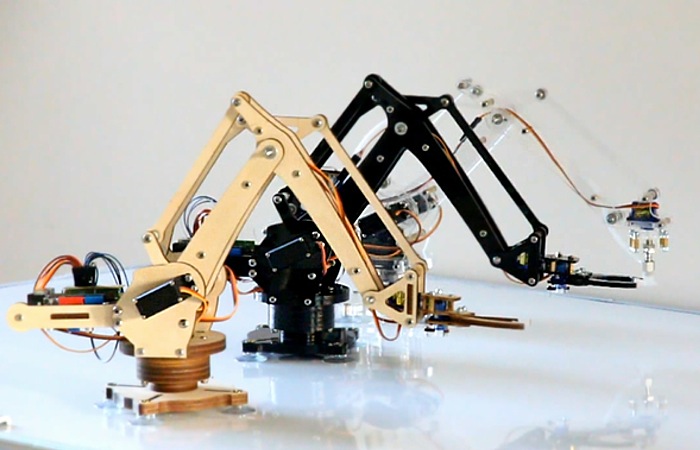 The uArm robot arm is available in either wood or laser cut acrylic and is power by standard RC hobby servos, and controlled by an Arduino-compatible board. Check out the video below to learn more about the handy little uArm robotic arm.

“The basic design is Arduino-controlled with 4 degrees of freedom. Three servos on the base control the main movement of the arm and the mini servo on the top moves and rotates the object. The end-effector of the arm is always kept parallel to the ground. 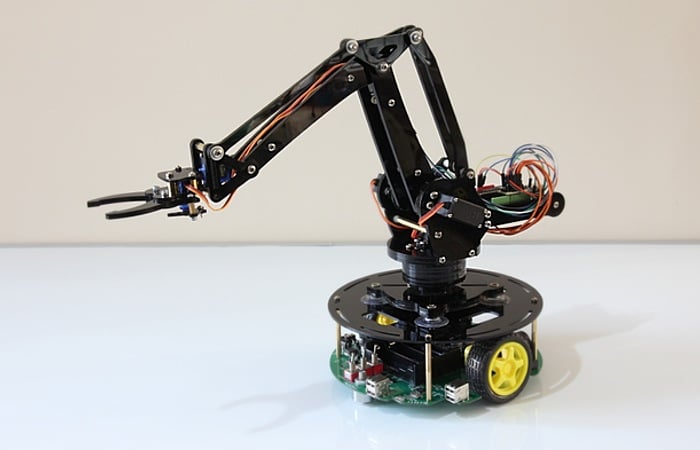 We are currently working with the Android and IOS apps as well, so you can control the uArm via Bluetooth as well. We have also written an Arduino library specifically for controlling the uArm. So if you are familiar with Arduino, you can program it directly with Arduino IDE. By calling different functions, you can easily move uArm to your desired position without doing tons of hard math. “

The uArm robotic arm project is currently over on the Kickstarter crowd funding website looking to raise enough pledges to make the jump from concept to production. So if you think uArm is something you could benefit from pledges are available from $185 to get your very own kit and help the uArm robotic arm become a reality.